Nsanje South West MP Vera Faramenga Chelewani opened a can of worms in Parliament when she declared that Malawi would not benefit from the interconnection deal that government wants to strike with Mozambique.

Mutharika’s DPP govt scrapped off the energy deal more than four years ago for unconvincing reasons and despite Malawi having huge energy problems with no immediate solution in sight. 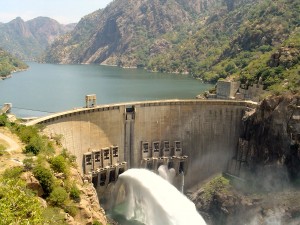 It was in keeping with the DPP line of thinking that in her contribution to the 2012/13 budget statement, Chelewani asked government to carefully scrutinise all options before making anymore commitments to Mozambique.

She cited a study conducted by Usaid which found that Mozambique energy firm was not able to export power to Namibia, Botswana, Zambia and Zimbabwe due to technical problems at the Cahora Bassa hydrostation.

Citing a Noticias newspaper report, Chelewani said neighbouring countries had received less power or were completely disconnected due to the problems.

“Why should we rush to Mozambique for a power deal that will cost us US$100 million to set up not to mention the massive forex strain it will put on the country to pay Mozambique every month and run the risk of being cut off if we don’t pay on time?” Chelewani queried.

But this irked Minister of Energy and Mining Cassim Chilumpha who challenged Chelewani with his own June 5, 2012 World Bank report which indicated that interconnection was the most cost effective and fastest way to assist the country’s increasing energy demand.

He went further to call Chelewani a liar and bringing to the house misleading information especially when the DPP government had wanted the same option during its regime.

“It is not correct that Mozambique does not have the capacity because the basis at which we want to connect is that Mozambique will provide power to Malawi,” Chilumpha said.

The debate on the interconnection reached a heated moment when Second Deputy Speaker Juliana Mphande cut off Chilumpha from continuing with his statement.

Chilumpha even accused Mphande of discriminating against him and government when others are given a chance to respond to allegations against government.

Angola's Attorney-General Helder Pitta Groz has confirmed that his...

The Nyasa Big Bullets (NBB) has joined a one...