Suddenly Malawi has a new President, the first female in the Southern African region and a lady I happened to have worked with when she was the National Chairperson of The Hunger Project and I was the Deputy Country Director with the former first lady Mrs Callista Mutharika as the Country Director. So there is a personal connection to the two ladies who I respect in different ways. This puts me in a very rare position of having to congratulate one and offer my sympathies to the other. 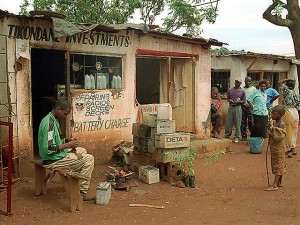 The expectation the country has suggests to me that the post Mutharika honeymoon may come to an end sooner than normal since twelve months from now, the 2014 election fever will set in. As the euphoria with “the feel good factor” wanes and as such an environment is increasingly taken for granted and taken advantage of even if it makes the heavy weights in People’s Party disconcerted, economic issues will come to the forefront.

President Joyce Banda will need to show ingenuity and resolve in tackling the fundamental economic issues at stake. Yes President Banda has declared her commitment to “devaluation the Malawi kwacha” and to carry through the economic reforms required by the IMF and the World Bank. She will have to do that in a manner and pace that is manageable and not politically suicidal.

The question however, arises as to whether “devaluation” is adequate to turn the economy around beyond mere arresting the economic decline in time for the 2014 elections, and as to whether the PP led cabinet is so constituted as to tackle the economic task required to turn around the economy . Let me also declare here that I come from the school of economic thought that does not believe in “devaluation” as a solution (The reasons are a subject for another article).

The PP has come to power on the wave of popular disenchantment with the DPP which had failed to arrest the “fuel and forex shortage problems” in the last 24 months. The consequences of this affected almost every social group in Malawi so much so that it galvanised social groups with contradictory economic interests around a common goal to oust Prof Mutharika from power. This has also been translated into a cabinet composition with politicians who a few weeks ago could not find anything good to say about each other. However, it may be contented that this almagmation of former foes under the banner of “Government of National Unity” might prove unsustainable as a basis for hammering out an economic agenda to resuscitate the economy. Thus the task before President Joyce Banda is partly one of formulating an appropriate economic strategy that is directed at resolving the structural deficiencies of the Malawi economy and one of forging an alliance of complementary classes to be the vehicle for such strategy.

The economic strategy currently needed in Malawi and required of the PP has to be partly directed at effectively switching resources from inefficient activities that arose during the boom period of the “green gold” and the unproductive activities that arose during the period of economic decline and partly requires the promotion of alternative productive economic activities compatible with an outward looking market orientated enabling environment.

The new economic strategy has to deal with real people and not figures. It is true that Malawi has tremendous economic growth during the Bingu era, however, that economic growth did not trickle down to significant economic empowerment of the majority of the people on the ground. The new economic strategy should be crafted in a way that addresses real people with entrenched interests and these are the people who will have to be wooed away from their current activities but may not necessarily be the immediate beneficiaries of emerging activities.

This will not be an easy proposition bearing in mind that there is no one to one correspondence in switching from distorted, inefficient and unproductive activities to more efficient ones. This will further be complicated by the time lag required to effect the switching in terms of the evolution of appropriate economic groups or classes to effect the switch. The switch will also entail the ability to acquire and utilise appropriate marketing and production information for the new activities. Appropriate skills will have to be developed, the PP led government will also have to rehabilitate and develop the infrastructure that has been built by the Bingu administration.

All these activities will need finance. It is important that the government pursue the mobilisation of both domestic and foreign financial resources in a prudent and strategic manner. Malawi needs to penetrate the emerging markets and should be able to entice foreign direct investment and smart aid.

The major point is that “devaluation” of the Malawi Kwacha is not a solution to Malawi economic problems. This is a treatment of a symptom of the “structural” economic disease that this country has suffered from for over 40 years. It is surprising that every time the symptoms manifest we rush to the pain killer of “devaluation” and experience temporary relief without dealing with the “cause” of the symptom. The temporary relief of “devaluation” is not even devoid of side effects like “inflation” which will also need another “dose” of economic measures to soothe.

What is required of the PP led government, then, in terms of economic strategy is not a merely the assurance that its leaders have a belief and faith in doing something about the “fuel and forex shortage” but an explicit programme on the future economic structure envisioned for Malawi and its role and status in Southern Africa and the international division of labour.

The PP economic strategist should waste no time but start the process of identification and promotion of economic classes that are to be the primary vehicles for and beneficiaries of the structural changes that the Malawi economy needs. They need to start the deployment of measures to reduce lag entailed by the switch in the formulation of policies facilitating the move away from current activities and ensuring that benefits accrue to the improvement of the lives of the majority of the less privileged Malawians both in rural and urban Malawi, who are also the majority of the voters who will finally determine the future of President Banda and the PP in 2014.

It is my hope that the President, the Minister of Economic Planning and the Minister of Finance have already started formulating an explicit strategy based on a balanced combination of inward and outward looking strategies buttressed by appropriate targeted and phased supply side incentives to promote the structural re-engineering of the economy. In negotiating with the IMF and other donors, the team needs to be assertive so that every reform required now leads to the preservation of a stable and neutral macroeconomic environment.

In the absence of a programme along the lines I have suggested, it is my proposition that no amount of “devaluation” and “begging donors” or indeed “good will” and “loans” that seem to be offered “ad libitum” or “a bene placito” in the last three weeks will simply fall prey to opportunistic elements who will find in it another opportunity to extend their rent seeking and speculative activities especially those who have access to and control over political power in Malawi.

President Banda and the PP desperately need to reconstitute themselves on the basis of a coalition of interested forces that can spearhead the desired structural change of the economy with the assurance of improvements for the masses along the lines I have suggested above. In the absence of this, President Banda’s economic policy will remain as amorphous and as the loose coalition of the current cabinet. In her own words, this cabinet is a risk, and if not guided by a new economic strategy it is a risk that may end up a de facto instrument of opportunistic elements ready to pounce as we get closer to 2014.

The unfortunate incident of the sudden death of Prof Bingu Mutharika may represent a move toward a much needed realignment and reorientation of the nation which might also clarify the nature and thrust of the future of the PP’s economic policy and strategy by strengthening its social base and thus its mandate to manage the economy beyond 2014. Otherwise, the DPP, MCP and DPP and all other parties in Malawi will take over in 2014 will have a strong reasons to form the next government.

Malawi's flooding has inflicted trauma, but UK aid is helping to rebuild lives 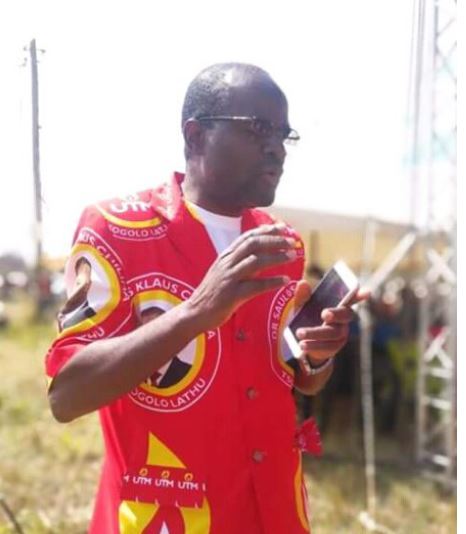