Why Lack of Dual Citizenship is a Problem?
The citizenship laws that were enacted in the 1960s served specific functions like that of nation building. When Malawi became an independent nation in 1964, it took a specific, calculated stand on Dual Citizenship. This was based on a need and desire to exercise its sovereignty as a newly independent state post-colonial nation.

The Malawian lawmakers that had to decide on Dual Citizenship in 1964 made this decision based on the environment and political economy of that time. This was an integral part of Malawi’s nation building initiative that worked to make Malawi competitive as a new united nation, free from colonial rule. Although this law did help to build the nation, it was also problematic.

The Constitution & Human Rights
The Malawian Constitution guarantees, “equal protection” to all Malawian citizens so a citizenship law that systematically revokes citizenship undermines this. The law also provides too much discretionary powers to the sitting Parliament and the sitting Minister in determining citizenship rights.

Every female in Malawi that gets married to a foreign male has to formally announce her intention to keep her citizenship and renounce the citizenship of her spouse if she wants to retain her citizenship. However there is no male equivalent. This means that women are more at risk of being rendered stateless. It also means that it is problematic for children of Malawian women who have fathers that are not Malawian. Men may also meet certain qualifications to be eligible for registration, but the same right is not given to females.

It also presents problems for certain minority groups in the country because the law specifies ethnicity in who is eligible for citizenship and hence Dual Citizenship. This is particularly problematic for the large numbers of refugees or children of refugees that have been living in Malawi for years but cannot become Malawian.

Enforcement & Privilege
In practice, oftentimes the enforcement of the laws are sporadic or enforced to a select few. Some of the laws are not enforced at all. They therefore privilege the elite in the nation and certain ethnic groups that currently already use two passports even though it is not legal. In this way, it Dual Citizenship in practice remains a criminal offense that is a privilege for the wealthy, and for select minority groups.

The current Dual Citizenship laws also force people to engage in criminal activity so that they can do keep land inheritance from family, adopt relatives or engage in other activities. These are also enforced sporadically, therefore it encourages people to engage in criminal behavior in order to circumvent the law. As an example, one may try to obtain false birth certificates in order to adopt a relative or put land in another persons name. This can therefore increase the costs for those trying to invest or take care of family.

Therefore it helps encourage and sustain corrupt practices in individuals that may otherwise not commit criminal acts. It is important that dual citizenship be decriminalized so that it is no longer a crime to try to be a citizen of two countries. Being Malawian should be a right for all Malawians and not a privilege to a select few.

Undue Hardship
In brief, lack of inclusive citizenship laws continue to negatively impact Malawi and Malawian people both within and outside of it’s borders. It places undue financial burdens for both the senders and the recipients of remittances; It divides families and relatives; It hinders individuals from their rightful inheritances; It divides the nation using various categories; and it prohibits the formation of transnational networks that would otherwise benefit the development of Malawi.

The Changing Times
In contemporary times, the environment and political economy has changed and therefore it is important that Malawi’s citizenship laws reflect the current world order so that Malawi and Malawians can continue to be competitive. The concept of Dual Citizenship itself is not new to Malawi. Dual Citizenship was discussed in the 1960s but the laws were created in an era where Malawi, much like the rest of the continent, was very euphoric about the level of participation that it would have on the global stage.

Malawi however, remained a part of the ‘Third World’ or ‘Global South’ and did not anticipate that both push and pull factors would lead to the levels of migration to the ‘Global North’ and surrounding countries that we are witnessing today. No one could also predict the high levels of globalization that we are experiencing today that is facilitating international travel. This has rendered the Dual citizenship laws no longer relevant in an era of rapid globalization, where they need to serve to facilitate the advancement of Malawians – where ever they may be, for the benefit of Malawi.

In an increasingly globalized world, issues of citizenship and Dual Citizenship create an undue hardship for Malawians inside and outside of Malawi for various reasons. It affects the lives of Malawians across gender, economic categories for varied reasons.

How Does it Impact Malawians?

Social Impact:
When family members leave Malawi for education, work, marriage etc… and are forced to give up there Malawian citizenship, it leads to families being separated.

Currently in Malawi, foreigners may not adopt Malawian children. This means that legal adoption of nieces, nephews, or other relative can become complicated in the event that a Malawian wants to adopt a relative. Malawian adoption laws for foreign adoptions require strict, but necessary conditions for foreigners but have the double edged sword of punishing Malawians that become foreigners. The 18 month residency rule placed on foreign adoptions as an example, becomes an obstacle for Malawians.In some cases costly legal fees and consultations are utilized to adopt orphaned relatives.

Discriminatory laws against women disallow women who marry non-citizens from passing their own citizenship to their children or their spouse. Men however, can do so without question.

Sports players that can otherwise represent Malawi can only represent their country of citizenship.

The offspring of Malawians in neighboring countries such as Mozambique, Tanzania and Zambia who have offspring are forced to make tough life long decisions at the age of 21 with regards to citizenship.

The offspring of Malawians in other African countries with sizable Malawian populations such as South Africa, Zimbabwe, Botswana or Namibia are forced to make tough life long decisions at the age of 21 with regards to citizenship.

Malawians living in border in areas like Ntcheu, Mwanza and other areas should have the right to carry two passports and/or receive citizenship that will allow them to easily move or work in surrounding areas. Many of the borders that exist were colonial constructs and divide ethnic groups between Malawi and the neighboring country.

Inheritance rights come in to question when a Malawian citizens leaves land and property to their children abroad. Foreigners can lease but not own land in Malawi, therefore land ownership becomes risky for Malawians trying to build homes for themselves or relatives.

It is contradicts Malawian values. Umunthu that promote unity amongst all Malawians.

Economic Impact:
Malawians in the Diaspora have to pay ‘foreign fees’ in Malawi that are a financial burden.

The Diaspora is encouraged to invest in Malawi for development, however their are few reciprocal policies that facilitate such investment.

The Malawian Diaspora that has acquired skilled trade or specialized knowledge is unable to contribute to Malawi effectively as non-citizens.

Traveling costs for Malawians increase due to visa costs and other expenses associated with not having Malawian citizenship. For Malawians that have taken citizenship in select countries, a visa fee is applied when they travel to Malawi. For those wanting to stay in Malawi longer than 30 days from all countries, visa fees are applied that ranged from $75-$300. Money could otherwise be spent to support relatives or on other development projects.

Entrepreneurship amongst the diaspora is stifled due to a lack of security in investment property such as land or business. Land ownership becomes complicated and increases the investment risk.

Under current Malawian law, foreigners may not own freehold land in Malawi. They can only lease it. This means that there are no assurances for individuals buying land for their families or themselves in Malawi. Lack of citizenship increases the risk to an entrepreneur that that their investment may not be secure. It forces Malawians that want to invest to place the property or land in another name, hence encouraging criminal activities to circumvent these laws.

It hinders cross border trade amongst traders in Malawi living near the borders that are trading across borders. It also criminalizes poor rural border traders because they are forced to engage in illegal trade. Those living on the border should be allowed to carry two passports or otherwise become Dual Citizens.

Ethical Impact:
Current Citizenship laws create an environment where Malawians are forced to engage in illegal activities in order to adopt a relative or keep family property in their name.

Current Citizenship laws make the current practice by some of carrying two passports (an act that is criminal under Malawian law since it exercising dual citizenship) a privilege for a few.

Political Impact:
Many of the borders that exist were colonial constructs and divide ethnic groups due to imposed political structures. The borders of African countries were created at the Berlin Conference in 1884 and are not organic. The Organization of African unity decided to keep the colonial borders in 1964, and this has had profound effects on many Africans since many countries.

Scapegoating sometimes occurs due to citizenship status as it is tempting for politicians to label Malawians within the country as the â€˜in-groupâ€™ by blaming an â€˜out-groupâ€™ consisting of alleged ‘foreigners’ for all their problems or for all future problems.

There are many arguments for Dual Citizenship, these advantages outweigh the arguments against it. 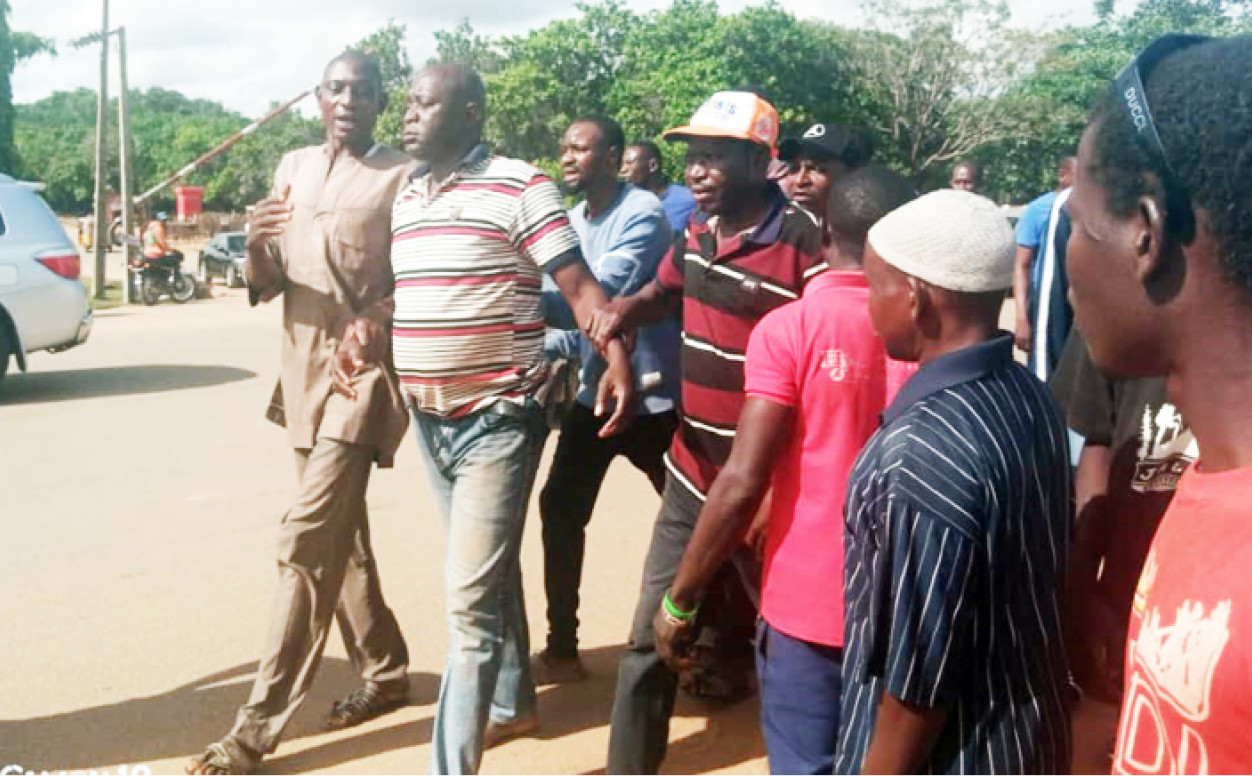 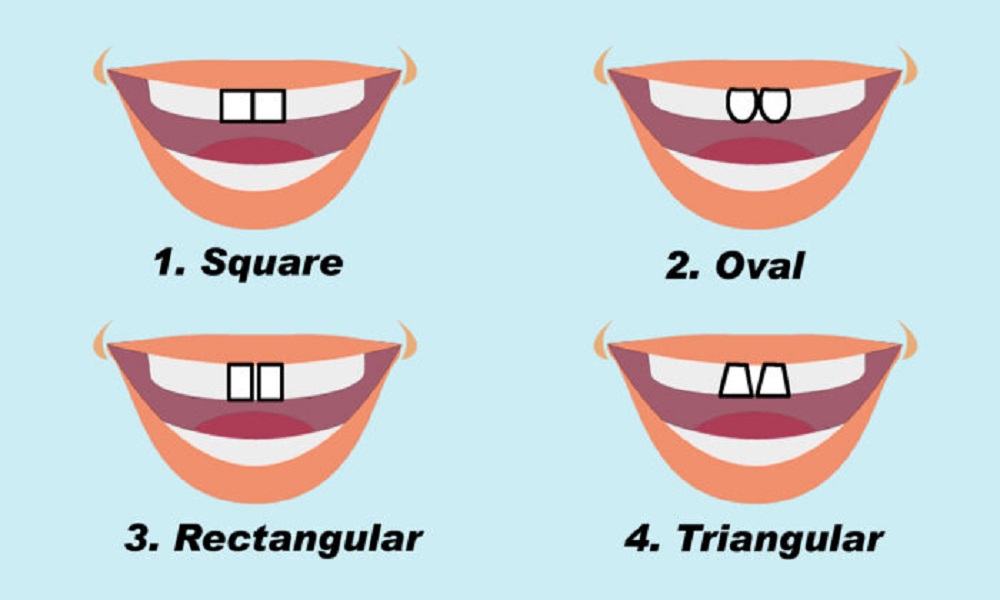