One of Malawi’s representative’s in this year’s Big brother Africa the Chase Natasha is up for a possible eviction on Sunday again after she was nominated in the Rubie House yesterday.

She is the only Housemate in the Big Brother Africa the Chase to face Africa for the second time in just 3 weeks after surviving the first eviction two weeks ago.

This time Natasha has been put on the edge of a knife along side Biguesas and Neyll from Angola, Annabel from Kenya and Pokello from Zimbabwe.

You can save Natasha by voting through Big brother Africa the Chase website and vote for Natasha or sms Natasha to 15626 for TNM subscribers and 15626 for Airtel subscribers after every hour. Each text costs K48.00 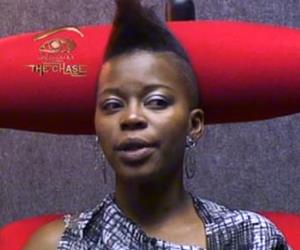