President Joyce Banda will arrive back home from the US on Wednesday, October 9, where she had gone to attend the UN General Assembly Summit.

President Banda is said to arrive through Chileka airport in Blantyre and not the usual Kamuzu International Airport which was shut down a few days ago by workers who were on strike over unpaid allowances. From the airport, President Banda is expected to meet members of the press at Sanjika palace.

The President is coming back to a nation that has been eager to see her return in the wake of a financial mess that has rocked the country’s seat of government, the Capitol Hill. The financial mess has seen others calling for protests against the President and her government while, worse still, others have called for her resignation.

It has been said that President Banda will also make some cabinet changes once she settles well in the country pertaining to the same issue of the looting at Capitol Hill. 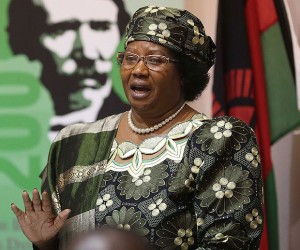