A week after Malawians went to the polls to elect a new president the result is still not known and fierce legal wrangling has raised the prospect of a protracted political crisis.

With at least 90 percent of the votes counted over the weekend, it was unclear if election watchdogs would release the results on Monday, and if the outcome would be recognised.

Amid reports of irregularities, the electoral commission, the country‚Äôs incumbent president and opposition parties are embroiled in lawsuits and counter-suits over the count.

President Joyce Banda has said the vote was marred by ‚Äúserious irregularities‚Äù and declared it ‚Äúnull and void,‚Äù calling for a do-over within 90 days, which she will not take part in.

Mutharika: in the lead in the poll

But it is not clear she has the constitutional power to make such a move and a court ordered the vote count to continue.

Malawi‚Äôs electoral commission has admitted problems ‚Äî in some places the number of votes cast is greater than the number of voters ‚Äî but efforts to stage a recount have been blocked by a court order at the request of opposition leader Peter Mutharika.

On Friday with about a third of the votes counted, Mutharika had 42 percent of the vote, with Banda on 23 percent.

On Saturday Mutharika avoided claiming victory but said the ‚Äúpeople have spoken and this was a free and credible election‚Äù.

Banda‚Äôs supporters believe the vote was far from fair, and fear the 74-year-old brother of late former president Bingu wa Mutharika may be attempting to steal power.

Peter Mutharika already faces treason charges for attempting to conceal his brother‚Äôs death in office two years ago, as part of an alleged plot to stop Banda ‚Äî then vice-president ‚Äî from assuming power as directed by the constitution.

Amid the electoral confusion there are fears of political violence and the United Nations and the European Union have called for calm.

‚ÄúThe Secretary-General reiterates his call to the candidates and their supporters to respect the ongoing tallying process, follow existing legal procedures to resolve any electoral challenges or complaints,‚Äù a spokesman for UN chief Ban Ki-moon said.

When voting was scheduled to begin last Tuesday the opening of some polling stations was delayed by as much as 10 hours because voting materials did not arrive, prompting isolated violence that saw at least one centre touched.

But while the army was deployed to ensure tensions did not spill over, instances of violence have been isolated and some analysts believe the crisis has shown the power of Malawi‚Äôs institutions.

‚ÄúDespite the political twists and turns, the drama, and the general public uneasiness, I think Malawi has demonstrated, again, that it has strong, respected and impartial institutions,‚Äù said Jeffrey Smith of the Washington-based Robert F. Kennedy Center for Justice and Human Rights.

Whatever the declared result it is likely that the lawyers will be further involved according to Dimpho Motsamai, an analyst at the Pretoria-based Institute of Security Studies.

Banda is ‚Äúlikely to take the ruling to the highest court‚Ä¶ to clarify the validity of the law,‚Äù she said.

She also criticised Banda‚Äôs administration for lack of preparedness to host the elections, saying logistic challenges should have been foreseen.

‚ÄúBanda should have worked to strengthen the electoral body and its capacity to hold an election, that might be an indictment on her leadership.‚Äù

After taking office Banda oversaw the devaluation of the kwacha currency by 50 percent, the easing of foreign exchange restrictions, and the raising of fuel prices and cutting of subsidies.

That helped restore an IMF credit line, but the country remains overly dependent on agriculture and foreign aid to survive.

Foreign donors have already frozen some aid over the ‚ÄúCashgate‚Äù scandal, which saw corrupt officials stealing around $30 million dollars of state funds. 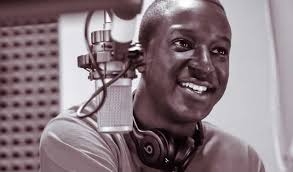