There’s a place in the Caribbean where girls start to develop a penis and morph into boys when they hit puberty.

The small village of Salinas in the Barahona Province of the Dominican Republic features in a new BBC documentary about the phenomenon, which is said to happen to one in every 90 local children who are born as girls, The Mirror reports.

Known as ‘guevedoces’, which literally means ‘penis at 12’, the kids who undergo this transformation are known in medical terms as ‘pseudohermaphrodite’.

The condition was first discovered in the 1970s by Dr Julianne Imperato, and since then multiple studies have been conducted, with the conclusion that it’s a perfectly natural condition.

Johnny, 24, who was born as a girl called Felicitia, explains how it felt to grow up like this: 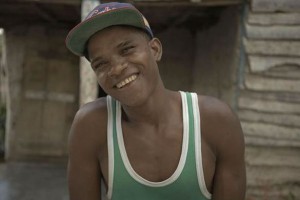 I remember I used to wear a little red dress. I was born at home instead of in a hospital.

They didn’t know what sex I was. I went to school and I used to wear my skirt. I never liked to dress as a girl.

When they bought me girls toys I never bothered playing with them. All I wanted to do was play with the boys.

It’s caused by a rare genetic disorder which causes an enzyme that prevents the production of the male sex hormone to be absent in the womb, and creates what appears to be a girl at birth. 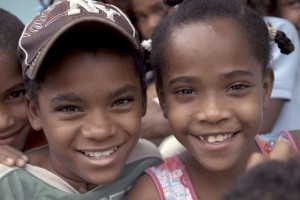 “Guevedoces are also sometimes called “machihembras” meaning “first a woman, then a man.”

When they’re born they look like girls with no testes and what appears to be a vagina.

It is only when they near puberty that the penis grows and testicles descend.

When Dr Imperato investigated the Guavadoces she discovered the reason they don’t have male genitalia at birth is because they are deficient in an enzyme called 5-α-reductase, which normally converts testosterone into dihydro-testosterone.

And the discovery of this condition has led to breakthroughs in the pharmaceutical industry that most men will be grateful for, Dr Mosley says:
They used [Dr Imperato’s] discovery to create a drug called finasteride, which blocks the action of 5-α-reductase.

It is now widely used to treat benign enlargement of the prostate and male pattern baldness. For which, I’m sure, many men are truly grateful.