He told his congregation that he ‚Äúsaw‚Äù a woman winning. 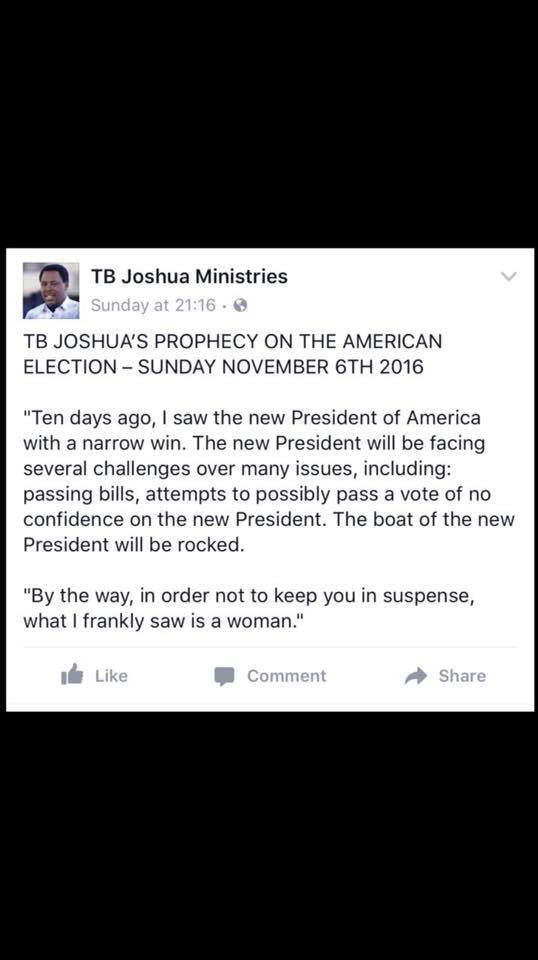 During a service at the headquarters of his church at Ikotun, Lagos on Sunday Prophet TB Joshua said, ‚Äúthere was nothing controversial about the prophecy. It is human beings that are controversial.‚Äù

‚ÄúWe‚Äôre Not On The Same Spiritual Level, You Don‚Äôt Have The Capacity To Interpret My Hillary Clinton Prophecy,” said TB Joshua.

He stated that his words were misinterpreted because,‚Äùwe are not on the same level (of spiritual understanding)‚Äù, an explanation which drew applause from his congregation. 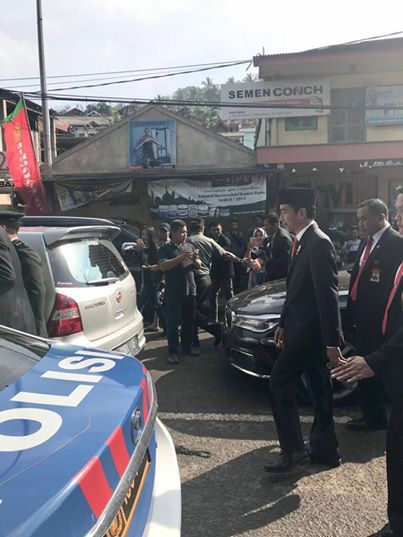 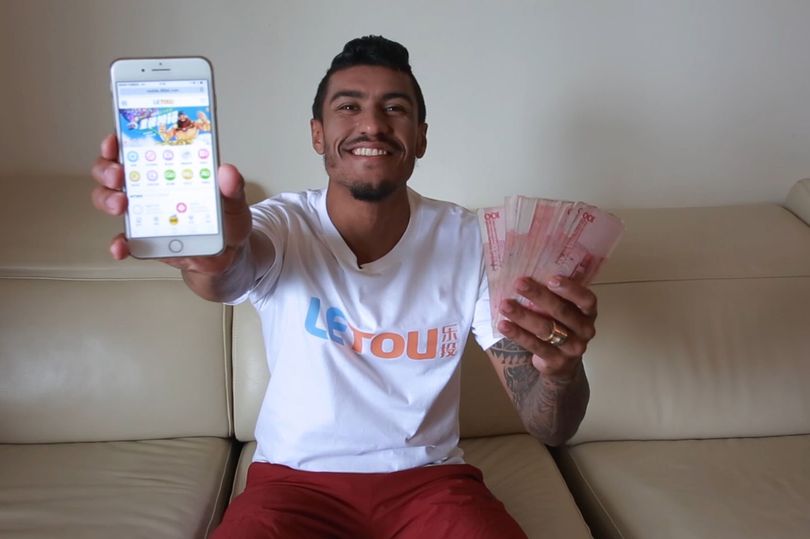 Ex-Tottenham Star ‚ÄòPaulinho‚Äô Faces Deportation For Posing With P0rn Star, check the must see picture in the story