Over 2 Million Kwacha funds meant for the construction of a Victim Support Unit structure at Phalombe Police Station is believed to have been mismanaged by Project Management Committee (PMC) and Station Executive Committee (SEC).

This was made known to stakeholders through an interface meeting that was organized by Phalombe Youth Arms Organization (PYAO) on Tuesday, aimed at reviewing the progress of the project which has stalled since 2009.

According to findings revealed in the meeting, the whereabouts of the funds which were realized from Local Development Fund (LDF) and local peopleās contributions are not known currently, despite all the two implementing committees being in place. Currently only a foundation stands at the site where the Victim Support Unit structure was supposed to be constructed.

Speaking during the meeting Chairperson for Nkhumba ADC Reck Minjolo blamed the Station Executive Committee (SEC) for sidelining the Project Management Committee during construction of the structure, a thing that led into poor relations between the two groups.

āThe Station Executive Committee regarded us as useless simply because we are less educated, so we were not allowed to put in our ideas, let alone allowing us to monitor the way they were handling expenditures on the project,ā said Minjolo.

He added that another irregularity that happened during the projectās implementation was that 50 bags of cement that were already bought for the construction were given to Constituency Development Fund (CDF) projects without proper documentation. Commenting on the matter Station Executive Committee (SEC) representative Clement Madeira said their committee was not concerned in the handling of cash.

āOur committee was just guiding the PMC on the style and knowledge on how the structure should look, based on the standard VSU design,ā said Madeira.

On his part, Chairperson for the Project Management Committee, Dyson Gwembere said funds were still there although there was no proper documentation indicating where the money was and how much was left. Taking her turn representative of the Director of Planning and Development at the interface meeting Anne Chimalizeni said the district council had already given a solution to the matter.

āThe Council is aware of the development and has since advised the Committees that are running the project on how best they can pick up from where they stopped in order to ensure that construction picks up and the project is duly completed,ā Said Chimalizeni .

Meanwhile the contractor who constructed the foundation has since not been paid for the work he has done in the first phase as it was agreed upon with the Project Management Committee.

As for the current situation, Phalombe Police Station is using tents erected within the Stationās premises as Victim Support Unit offices; contrary to the Victim Support Unit policy which stipulates that it should be a structure built at a distance from the main Police offices. 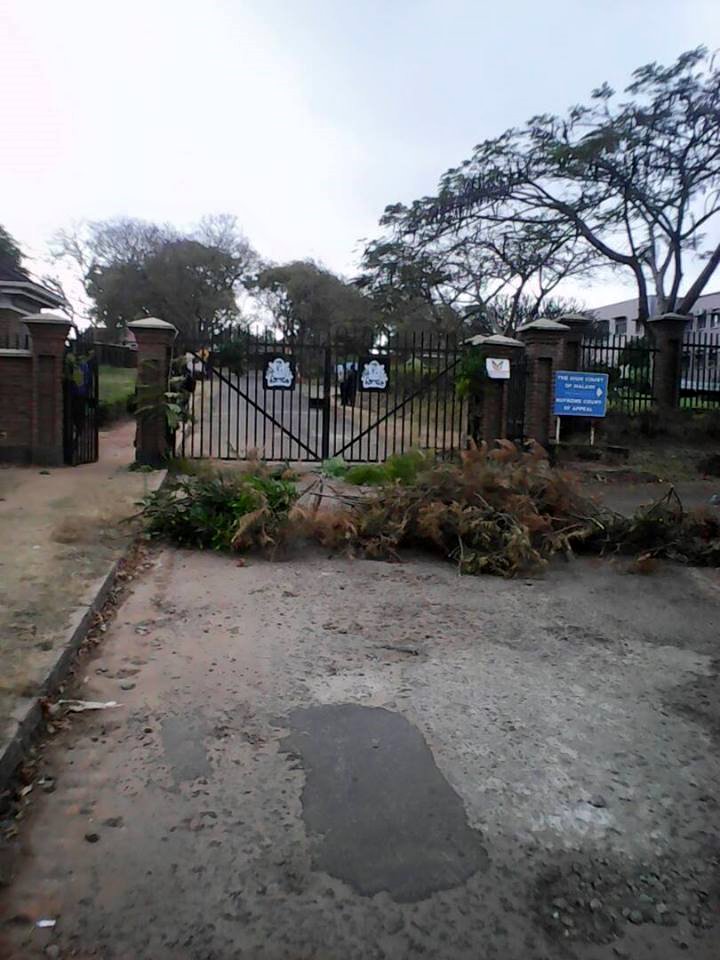