Miss South Africa has sparked fury after she was pictured handing out food to orphans with HIV while wearing gloves.

Demi-Leigh Nel-Peters, 22, also faced allegations of racism from angry people on social media after the images of the charity event in Johannesburg emerged.

But Miss Nel-Peters, who is mixed race, strongly denied these claims and said she wore the gloves for hygiene reasons because she was ŌĆśhandling foodŌĆÖ.

It came after she was criticised online with people claiming she was afraid to touch children with the disease at the soup kitchen or she was ŌĆśwearing gloves to touch black childrenŌĆÖ. 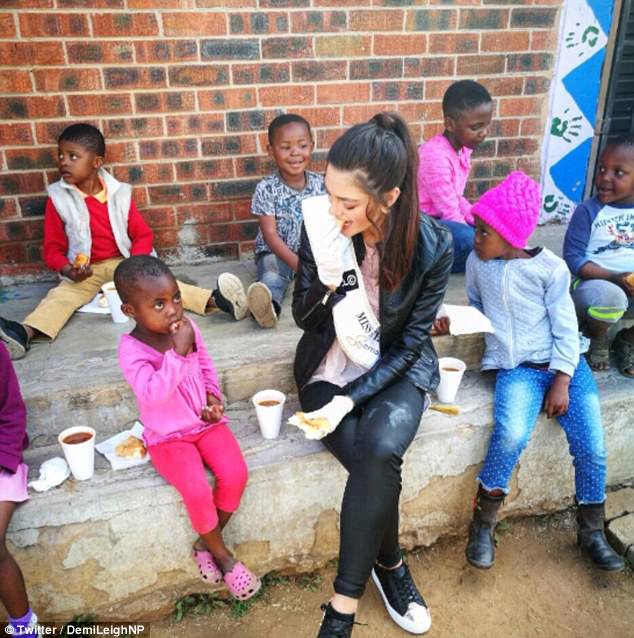 One user on Twitter wrote: ŌĆśSomeone balance me real quick. Why is Miss South Africa wearing gloves? Where the gloves necessary? Please explain.ŌĆÖ

But in a video message released on Twitter, Miss Nel-Peters said her intentions were misread and she apologised for any offence caused.

She said: ŌĆśI just want to clear something up. All the volunteers on site wore gloves because we were told it was the right thing to do while working with food and we were handing out food to young kids. 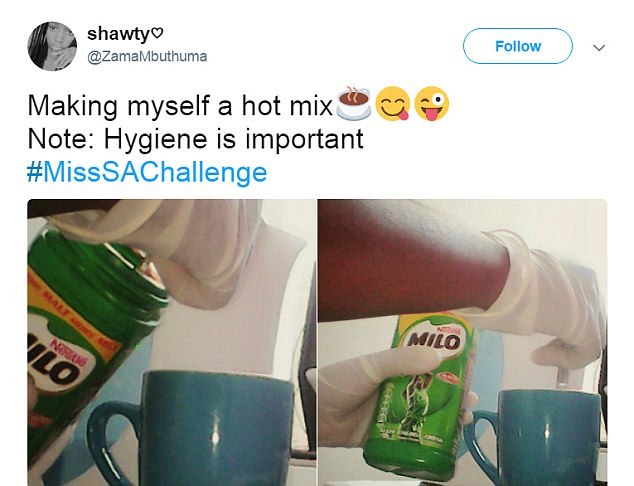 ŌĆśThat was our only intention with wearing the gloves; to be as hygienic as possible. I really feel that my intentions were completely misunderstood.

ŌĆśTo me, the moral of the story today is that 300 kids got a proper, warm lunch and they got that with or without gloves, so I am a bit sad my intentions were taken completely wrong and I can only apologise if I offended anybody.ŌĆÖ 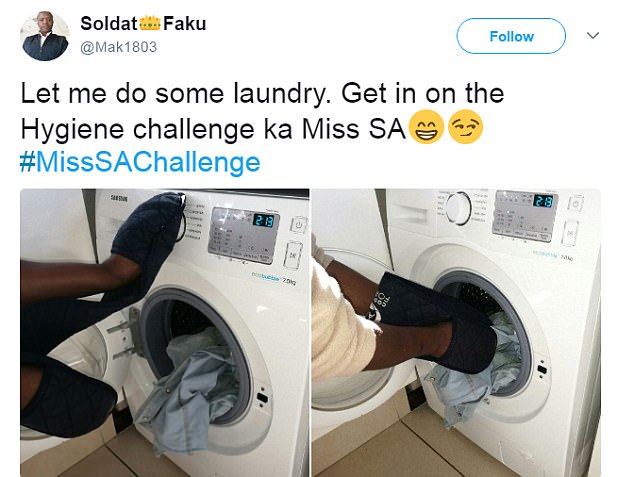 Her explanation only prompted more mocking on social media, with the hashtag #MissSAchallenge used by many Twitter users who fashioned gloves to carry out everyday tasks.

One Twitter user photographed themselves wearing latex gloves while using a keyboard, with the message ŌĆśhygiene 1stŌĆÖ while another put plastic sweet wrappers over their fingers while reading a textbook, quipping ŌĆśstudying can be hard when you have to consider hygieneŌĆÖ.-Dailymail 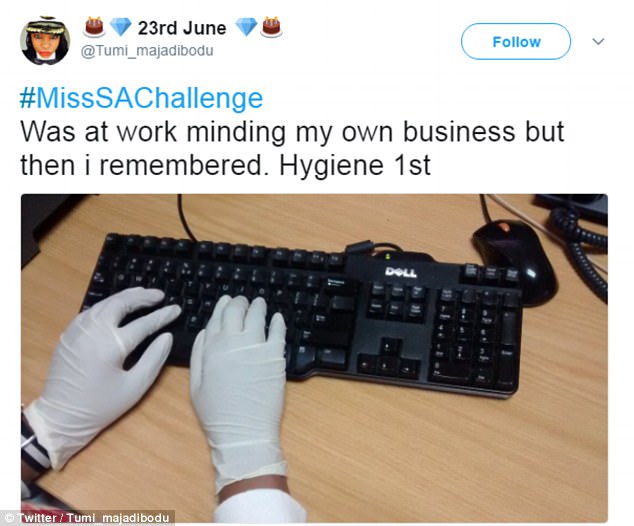 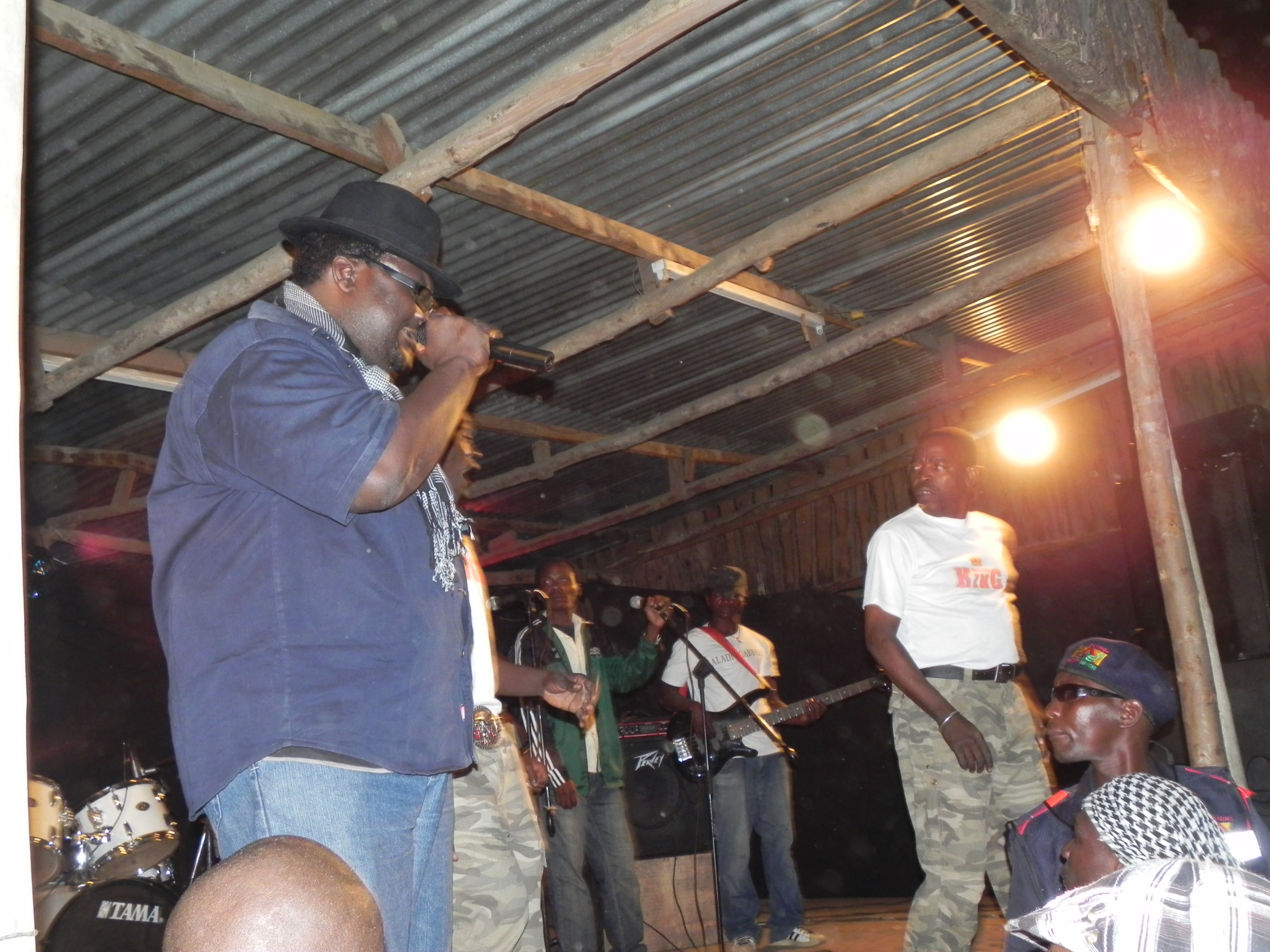 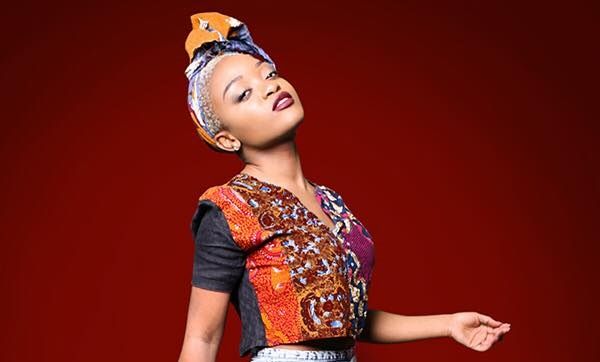