Kenyan President Uhuru Kenyatta maintained his strong lead in the presidential election count with 93 percent of polling stations reporting with 54.4% to  44.7% of that main  opposition leader, the election commission said. 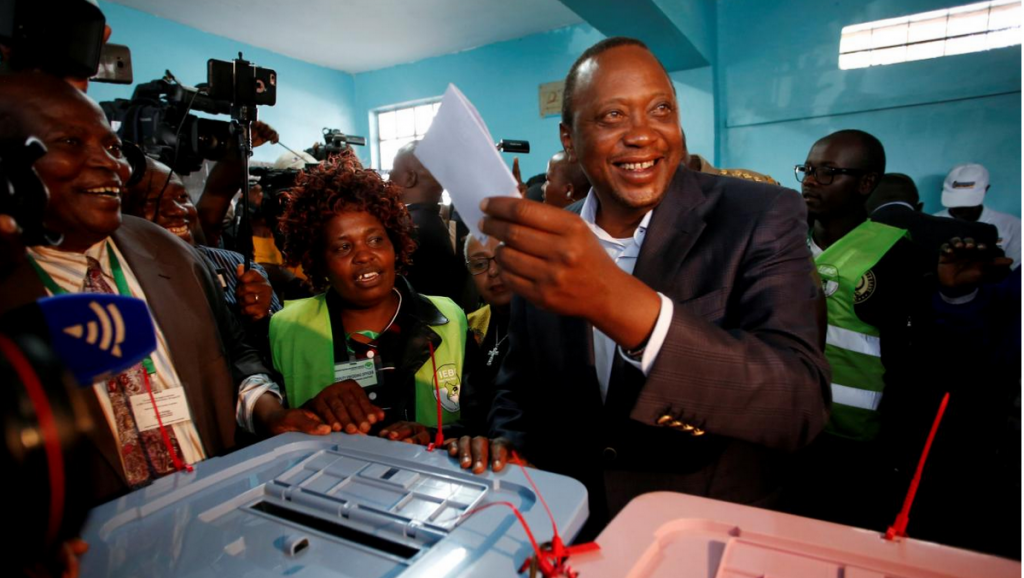 But Kenyan opposition leader Raila Odinga  has rejected early results of a presidential election on Wednesday that showed he was losing to incumbent and long-time rival Uhuru Kenyatta, stoking fears that his disgruntled supporters could take to the streets.

Odinga, a 72-year-old former political prisoner and self-described leftist, rejected the results as “fictitious” and “fake”, lashing out in a late night news conference at which he said his party’s own tally put him ahead.

“We have our projections from our agents which show we are ahead by far,” Odinga said, questioning why published results were not accompanied by scanned copies of forms signed by all party agents in polling stations.

Kenyan law states that where there is a discrepancy between a result on the website and the form, the result on the form will be considered final.

Alleging vote-rigging, he also brought up the unsolved torture and murder of a top election official just over a week before the vote.

“We fear this was exactly the reason Chris Msando was assassinated,” he said.

Previous articleMutharika appoints board members for MRA
Next articleNational ID Exercise the Start of 666? Chief Urges People Not to Trust the Rumours