Raila Odinga to be sworn in next year 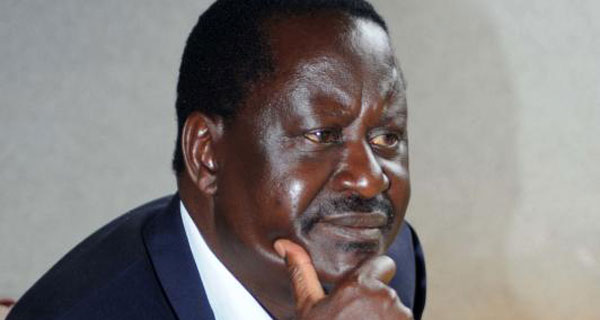 “Following the postponement of the launch of the People’s Assembly that was to take place on Jamhuri Day, Tuesday 12th December, the Organizing Committee wishes to announce the resumption of the People’s Assembly process,” the committee said in a statement, on the NASA officiqal website.
The planned meetings will involve leaders of different regions of the country to deliberate on national governance, read the post. According to NASA, the Coast region will be first to hold consultative forums on Sunday 17th December, 2017.
The Opposition postponed the inauguration of Raila Odinga as the ‘people’s president’ and the launch of the People’s Assembly on Sun, December 10th, 2017. The events were to take place on Jamhuri Day.
“We are aware that this will be a disappointment to the people of Kenya who were eagerly waiting of this occasion. We wish to assure them that our resolve has not changed,” NASA said in a statement.
“We wish to thank the Government and people of Mombasa County who had graciously offered to host the event. Thank you very much Mombasa…we shall be announcing the new dates of both the swearing in ceremony and the launch of the People’s Assembly as well as a more vigorous and prolonged resistance in the coming days,” the statement read in part.
NASA’s announcement Kenya in backdrop of tough talk by President Uhuru Kenyatta against dissent.
On Thursday, he talked of taking of ‘firm’ action against governor’s calling for secession. Secession has been a popular topic within the Opposition ranks with Raila aideDr David Ndii being seen as its chief proponent courtesy of his eloquent articulayion of the idea in print and television.
Homa Bay Town MP Peter Kaluma has drafted a Bill seeking the secession of all but seven of Kenya’s 47 counties to form the People’s Republic of Kenya. President Uhuru spoke when he opened a four-day induction workshop for all the 47 governors and their deputies at Diani Reef hotel in Kwale County.
Uhuru used a forum of county governors to issue a stern warning against talk of secession, and hinted at a major crackdown on those threatening to secede.
“Everything we do we must do within constitutional order. So as much as it’s within that order I extend my hand,” he told the meeting in Mombasa.
“Those who wish to operate outside that order can expect nothing else than to be dealt with firmly. We shall not entertain any language, we shall not entertain any action that either threatens territorial integrity of our nation or threatens life,” he said.
Attorney-General Githu Muigai has warned that the secession, Raila’s swearing-in and The People’s Assemblies are not enshrined in the Constitution and their proponents risk committing high treason.
(Visited 71 times, 1 visits today)
Local Malawi News