The singer Akon was born in the United States, but spent his early years in Dakar, Senegal (Africa).

In his remarks akon compared Africa and china saying that China was like Africa 25 years ago hence it is possible for Africans to start from the Scratch to something big.

He also compared Africa from Middle East countries and Dubai saying that Africa can achieve like those countries. 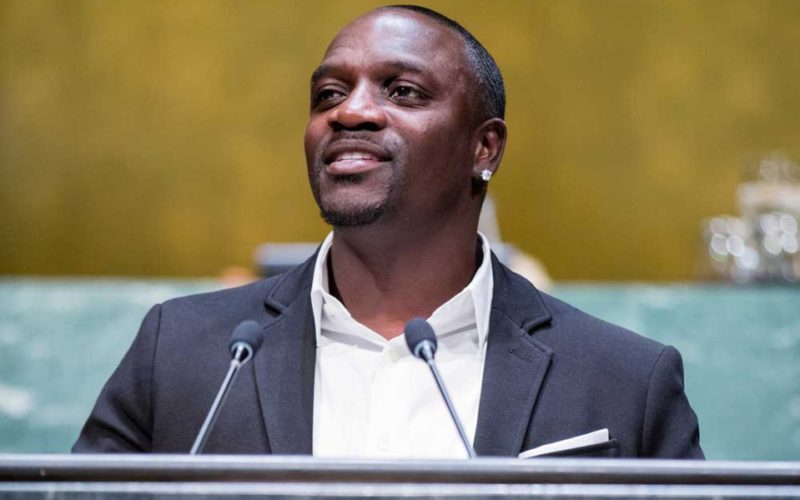 “Africa is the only place in the world where black people can go and build several companies within 5 years” Akon said.

Currently Akon is investing in his country Senegal  where he will build a city like the fictional land of Wakanda in Marvel’s Black Panther, Akon promises says his city will be a “futuristic environment”.

Akon has been “gifted” 2,000 acres of land by the President of Senegal to build the city which is also named after himself.

The Senegal-raised singer’s company is also said to have structured some $400 million worth of solar deals to date, including the massively successful launch of the Akon Lighting Africa initiative in February 2014, in which he has 200,000 small solar projects and provides lighting in 14 African countries.

Akon encourage all Africans who are abroad to come back in Africa and invest in Africa. he added by saying that Africans should take there talents to Africa such as entertainment, Education and other big or Small scale business to Africa.

A 40-year old herbalist identified as Daudi Nesto, of...
FaceofMalawiNEWS