Google CEO Sundar Pichai was forced to explain to U.S. congress on Tuesday why images of Donald Trump crop up when you tap the word ‘idiot’ – a word that’s also now become the most searched term on Google in light of the revelation. 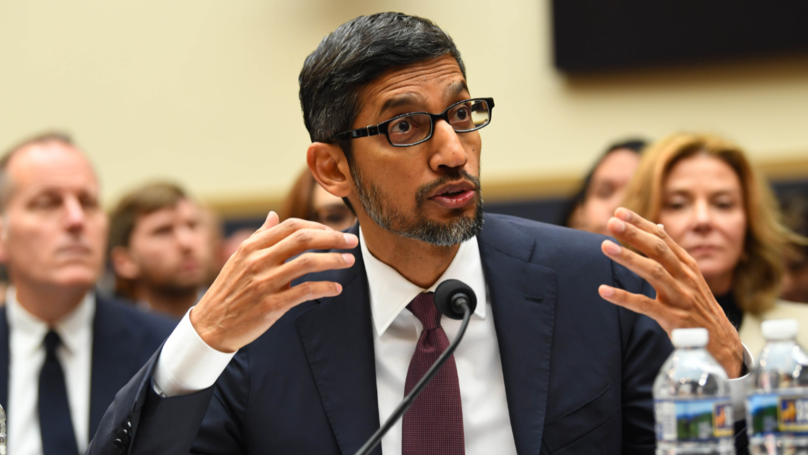 Explaining that results from such a search led to pictures of U.S. President Donald Trump, Democratic congresswoman Zoe Lofgren asked: “Right now, if you google the word ‘idiot’ under images, a picture of Donald Trump comes up. I just did that. ( You Can try it now)

“How would that happen?”

This was when Pichai launched into a detailed explanation of how Google’s search function works, in an attempt to refute claims that it was in any way ‘rigged’ – something Trump himself has accused the ‘fake news media’ of.

“Any time you type in a keyword, as Google we have gone out and crawled and stored copies of billions of [websites’] pages in our index,” Pichai said.

“And we take the keyword and match it against their pages and rank them based on over 200 signals – things like relevance, freshness, popularity, how other people are using it. And based on that, at any given time, we try to rank and find the best search results for that query. And then we evaluate them with external raters, and they evaluate it to objective guidelines. And that’s how we make sure the process is working.”

“So it’s not some little man sitting behind the curtain figuring out what we’re going to show the user?” Lofgren asked – we’re presuming with a slight hint of sarcasm.

“This is working at scale, and we don’t manually intervene on any particular search result,” Pichai replied.

He continued: “We provide search today for any time you type in a keyword. We, as Google, have gone out and crawled and stored copies of billions of their pages in our index, and we take the keyword and match it against the pages and rank them based on over 200 signals.

“Things like relevance, freshness, popularity, how other people are using it. And based on that, you know, at any given time, we try to find the best results for that query,” he added, during the hearing that also threw up several other self-owns for lawmakers.

The phenomenon is known as ‘Google bombing‘, and has affected many other famous names in the past. For instance, The Verge reports that in the mid-2000s, searches for the term ‘miserable failure’ returned results for President George W. Bush.