Malawi Police Service (MPS) has urged Malawians to remain peaceful before, during and after presidential elections case ruling which is slated for February 3, 2020, Monday.

The call has been made in a press statement made available to Face of Malawi which has been signed by the Acting Inspector General (IG) of Police Duncan Mwapasa.

According to the statement, judges will not favor any party when delivering its ruling therefore the is a need for all parties involved in the case to accept the court ruling for the sake of the country‚Äôs peace.

The statement also asked Malawians to accept the court verdict be it in their favor or not based on their party.

Mwapasa continues by asking the general public to refrain from any acts of violence that will lead to the country‚Äôs disorder.

MPS has also urged all media houses to preach peach in this period as the populace is waiting for the court ruling. 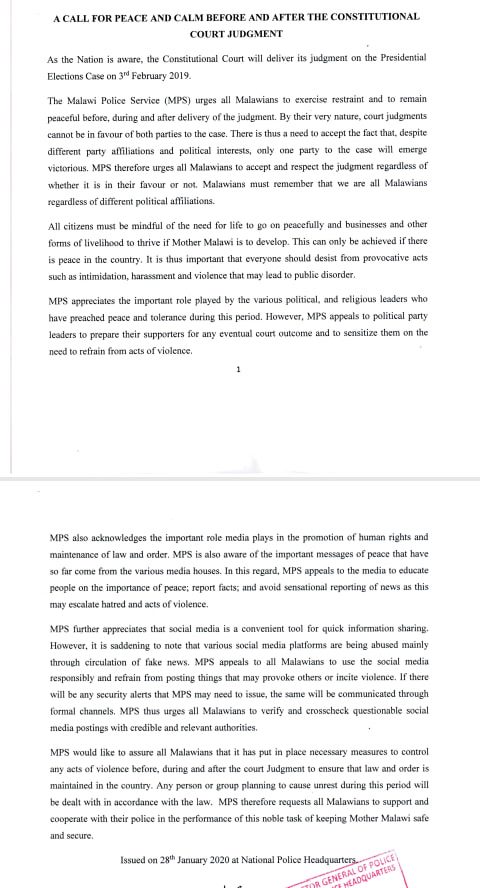 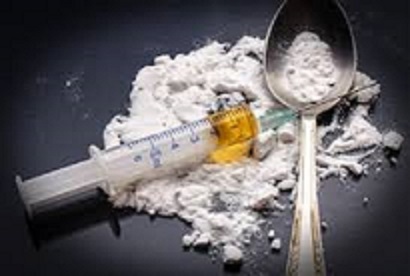 GANG KIDNAP THREE BRITONS IN KENYA, FORCE THEM TO TRANSPORT ¬£MILLION WORTH OF HEROIN TO ISLAND OFF THE COAST OF AFRICA