A video showing the terrifying moment a murder hornet killed a mouse within seconds in a wild struggle has resurfaced, seemingly proving how deadly the Asian Hornets are.

The Asian Hornets, nicknamed murder hornets because of how lethal they are, were recently spotted in the US (read here). Washington state agricultural officials are asking beekeepers and residents to report any sightings of the giant hornets but advised them not to get too close.

They’re the world’s largest hornets with a sting that can kill humans if stung multiple times, according to experts at the Washington State University. 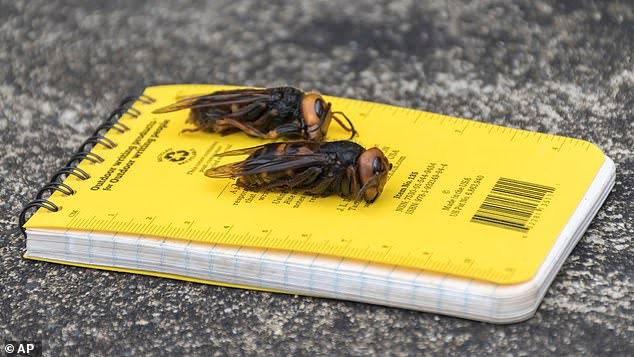 The hornets kill up to 50 people a year in Japan.

An old video has now resurfaced showing how much damage the giant hornet can cause in such a short time.

The video shows a mouse struggling helplessly as the hornet killed it in under one minute.

The two wrestled in a frantic battle, but the hornet managed to crawl onto the mouse’s back and continued to strike with its stinger until the mouse died. The hornet then flew away.