There was pomp and fanfair when the incumbent president Arthur Peter Mutharika unveiled UDF president Atupele Austine Muluzi as his running mate in the controversial court sanctioned fresh presidential elections.

Dancers grated to every true so long it touched on the much-touted alliance.

But beneath the dancing and ululation marking the MalawiŌĆÖs new chapter of life lay a heap of expectations from the business community, youth, working class, faith community, elderly and the person with disabilities among other sectors of life.

It is envisioned that the alliance will transform malawi, so do not blame the rising tides of expectaions. Setting the tone on the expected benefits was the president himself, saying his administration will continue with development projects started previously such as building roads and schools among others.

In-fact, most people interviwed on the alliance were of the view that the combination of te two was the best and mature.

The Lilongwe-based academician Jonathan Mulosowa said he was convinced that the alliance have all the ingredients one would need to have in presidency.

ŌĆ£ This is the only qualified candidates among the hopefuls. They are well-versed with the mechanics of running a government because of their education, talents, depth, exposure and experience,ŌĆØ he said.

The scholar said he believed the DPP/UDF alliance was the only alliance that has the mettle to carry the development agenda of the country to another level.

Mulosowa observed that there was no lwa that stops the president to choose runningmate from other political parties those that he feels are good.

Mathews Banda, a businessperson in Salima district said by partnering with the youthful Atupele Muluzi, the alliance came as a beacon of hope for the youth.

He hopes that the youth would have numerous opportunities to participate in the development of the country.

Whilst most people interviewed had great anticipation for better socio-economic standards and political governance of the country, Banda further forecasted the alliance restoring the weak economic development fundamentals which came with covid-19 pandemic and political demonstrations perpetrated by the opposition parties behind the human right defenders coalition(HRDC).

Banda expressed the duo would introduce more businesses more especially the widows and youth who struggle to make ends meet.

The echo of great expectation from other sectors bears more than enough testimony.

Masautso Fatchi from Nsanje district said the MCP/UTM alliance is not sustainable as it has lost the confidence of their supporters due to the emerged leadership squabbles.

Fatchi said the delay by the opposition alliance to unveil its torchbeare indicated that there was repositioning and power struggle within the alliance.

ŌĆ£ The DPP/UDF alliance is a winning and development conscious team unlike the other alliance which is full of recycled, power hungry, visionless, selfish leadership from immoral intentions and without tangible development agendas. The alliance cannot take long to last,ŌĆØ he said.

ŌĆ£ Before endorsing AtupelesŌĆÖ candidature, the president looked at his calibre, experience, talents, leadership skills among others. Mutharika himself is a coool headed leader who has not negatively emotional,ŌĆØ added Fatchi.

Atupele has been a minister for long time. In the PP government before seving DPP government as a minister of health, lands, justice, economic planning, energy among other portfolios.

In february this year DPP and UDF entered into an alliance with an arm of developing the country.

And, on May 6 and 7 this year, the Malawi Electoral Commission(MEC) received the nomination papers from interested presidential candidates in the controversial elections, where president Mutharika, unveiled Atupele Muluzi as his runningmate. 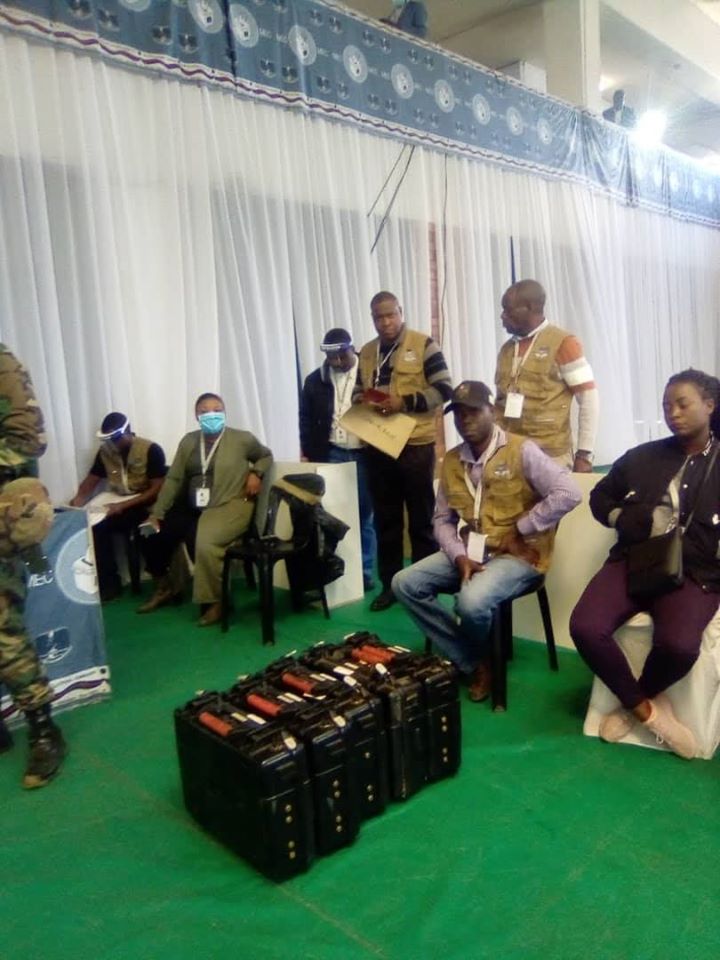