Acrown that was worn and signed by rapper Notorious B.I.G. during a 1997 photo shoot before his murder could be sold for $300,000 at auction next month. Bidders will be able to vie for the prop at the September 15 auction at SothebyŌĆÖs, the first-ever dedicated hip-hop auction at a major international auction house.

The auction features over 120 hip-hop-related lots ŌĆō contemporary art, photography, artifacts, fashion, jewelry as well as posters and fliers. SothebyŌĆÖs said a majority of these items comes from the artists and their estates.

ŌĆ£The impact of hip-hop is everywhere ŌĆö sneakers, clothing, jewelry, art, music. I wanted to have a sale that really recognized how massive that impact really is,ŌĆØ said Cassandra Hatton, the SothebyŌĆÖs senior specialist who organized the sale.

The crown, worn by the Notorious B.I.G.. or Biggie (real name Christopher Wallace), is being sold by photographer Barron Claiborne who has been in possession of it since he photographed Biggie for the cover of Rap Pages magazine in 1997. That was the rapperŌĆÖs last recorded photoshoot as he was gunned down three days later in Los Angeles.

Claiborne had brought along the plastic prop to that photoshoot to portray the rapper as the king of New York. Sean ŌĆ£DiddyŌĆØ Combs, owner of BiggieŌĆÖs label Bad Boy Entertainment, was with him on the photoshoot and was not really enthused about the crown concept, claiming it made Biggie look like ŌĆ£the Burger King,ŌĆØ according to SothebyŌĆÖs.

The crownŌĆÖs interior is inscribed ŌĆ£Crown from Biggie KONY Shot NYC 3-6-97ŌĆØ and is signed by Claiborne as well. It will be auctioned alongside three prints of the photographs and the contact sheet, Bloomberg reported.

ŌĆ£IŌĆÖve sold all sorts of wild things. But this is a little different,ŌĆØ Hatton said.

SeptemberŌĆÖs auction also includes an archive of 22 autographed love letters written by rapper Tupac Shakur at the age of 15-17 to a high school sweetheart, Kathy Loy. Shakur was onetime friends with Biggie before they became rivals in the rap scene; both were killed within months of each other with their murder remaining unsolved.

ŌĆ£There are definitely moments that made me blush reading the letters ŌĆö he is a 16-year-old boy after all,ŌĆØ said Hatton. ŌĆ£But he is very respectful. He advocates for clear communication and boundaries and wants to define relationships.ŌĆØ

ShakurŌĆÖs love letters are estimated at $60,000 to $80,000. During the auction, items can be viewed in person at SothebyŌĆÖs in New York City. The exhibition will also be available to the public online via SothebyŌĆÖs digital gallery. 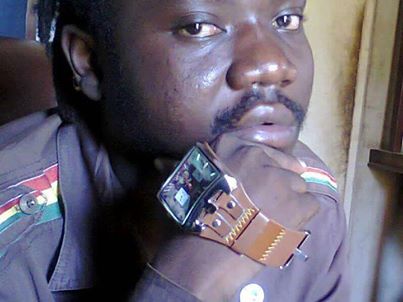 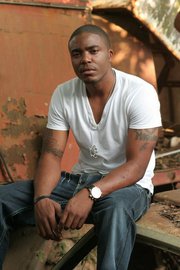