Skip to content
October 22, 2020
Local Malawi News
The Third Grade Magistrate Court sitting at Bolero in Rumphi on Wednesday October 21, 2020 convicted and sentenced Harry Chindikani Nfune, 39, to serve 2 years imprisonment with hard labour after being found guilty for stealing a goat.
Inspector Henry Mnjere, Rumphi Police Station PRO said State prosecutor told the court that Nfune stole the said goat which belonged to Dangomani Munthali on September 6, 2020 and his act contravenes section 281 of the Penal Code.
“Sub Inspector Andrew Singini said Nfune and two others went to Dangomani Munthali’s kraal at Mkama area, in the wee hours of the stated date and stole a she goat, killed it and hide it in a nearby bush.
Having visited his kraal, Munthali realised that his goat was missing, immediately with other community members they launched a search which led to the arrest of Nfune and recovery of the said goat already slaughtered.” Explained Mnjere
The Rumphi Police Station PRO said Nfune pleaded not guilty to the charge levelled against him which forced the state to parade four witnesses who proved the case beyond any reasonable doubt.
“Later Nfune was found guilty and convicted. Then in his submission, state prosecutor Sub Inspector Andrew Singini asked court to give meaningful sentence to teach Nfune a lesson and he added that the criminal act was on the surge in the district hence the penalty to serve as a deterrent.” Said Mnjere
He indicated that when passing sentence, Her Worship Chikumbutso Kachipande concurred with the state’s submissions and slapped Nfune with 2 years imprisonment with hard labour.
Harry Chindikani Nfune comes from Muzgepula village in the area of Paramount chief Chikulamayembe in Rumphi.
Credit: BeyondFm
(Visited 55 times, 1 visits today)
0 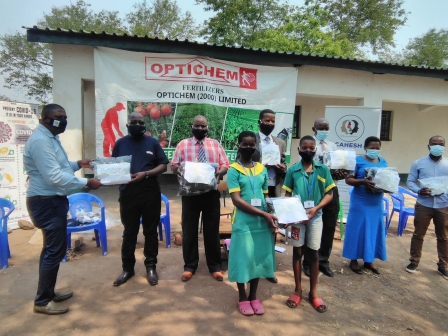