The Senior Resident Magistrate’s Court in Mulanje District has ordered a 37-year-old woman, Rose Mtambalika, to pay a K100,000 fine for assaulting her husband, Gilbert Boma,39.

The State told the court that on January 9 this year, the couple picked a quarrel while at home and Mtambalika took an axe and hacked her husband, who sustained multiple wounds on his head.

Appearing before Magistrate Shahida Hannif Bakili, Mtambalika pleaded guilty to the charge of acts intended to cause grievious harm.

In submissions, the State asked the court to give a stiff penalty to deter would-be-offenders.

Although the convict pleaded for leniency, Magistrate Bakili concurred with the State, saying what Mtambalika did was bad.

She therefore ordered the convict to pay K100,000 fine, saying K50,000 should go to the victim as compensation.

Mtambalika, who comes from Namphungo Village, Traditional Authority Juma in Mulanje, is yet to pay the fine. 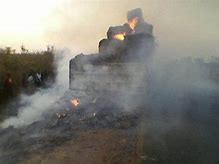