A 38-year-old Indian woman who connived with her boyfriend to kill her parents, and other family members have pleaded for mercy.

The woman facing execution in India has applied for a review of her case in a last-ditch effort to avoid becoming the first woman to face death penalty in India since 1955.

Shabnam Ali has been held in northern India‚Äôs Mathura jail for the past 11 years after she, along with her lover Saleem, was convicted of killing seven family members, including her parents, two brothers and a 10-month-old nephew.

Back in April 15, 2008, just after 2 a.m. in Bawan Kheri, a village in the northern Indian state of Uttar Pradesh, neighbors woke as a woman cried for help.

Lateef Ullah Khan, one of the first to arrive at the two-story family home that early morning, found villager Shabnam lying unconscious on the floor near her father, Shaukat Ali, whose neck was slashed.

Her baby nephew, was strangled to death between his parents‚Äô bodies.

Not only had Shabnam murdered seven of her family members, including a 10-month old child, but she was eight weeks pregnant at the time of the heinous crimes.

Shabnam and her lover, Saleem, were found guilty of the murders and sentenced to death by hanging..

Shabnam laced her family‚Äôs evening tea with a sedative Saleem bought with the help of a fruit seller, court documents show. Then, as the family slept, Shabnam called her lover Saleem who arrived with an ax.

‚ÄúShabnam held up the heads of each member one by one and slashed their throats and killed them,‚Äù Saleem confessed the day after the murders to Bilal Ahmad, a tea seller with connections to the district police chief.

The court heard Saleem had hoped Ahmad‚Äôs connections would help him evade punishment.

Instead, Ahmad reported Saleem‚Äôs confession to the police and recounted in court what Saleem had told him:

‚ÄúI have made a mistake, I am in love with Shabnam, a girl from my village, and she loves me too. We have vowed to live and die together. We cannot live without each other. Because of this, Shabnam‚Äôs family beat her up and said that they won‚Äôt let her marry me.‚Äù

Saleem also confessed the crime to a village administrative official, Mahender Singh, the day after the killings, asking him to use his political connections to keep him out of jail, Singh testified in court.

After the police arrested him, Saleem retrieved a blood-stained ax from a pond that was consistent with the murder weapon.

Empty packets of the drugs used to sedate the family were recovered from Shabnam, according to court documents.

Shabnam initially claimed some hoodlums had entered their home and committed the crime, but police dismissed the theory because the roof of the house was too high to scale while their house had well sealed doors .

If she is executed, Shabnam will be first woman given the death penalty in India since 1955.

But her legal team is trying to stop her execution claiming she is a victim, too.

Her Lawyer, Shreya Rastogi says her client, who never pled guilty to the crime, is a victim of a patriarchal society that puts caste above all else.

Shabnam and Saleem were young lovers who lived in the same village although their families didn‚Äôt approve of their union.

Shabnam, 22, was an educated teacher from the Saifi community. Saleem, then 24, was an unemployed Pathan youth.

Due to the caste system in India, families often pressure children to marry within their own communities and failure to do so can lead to disowning the child and, in extreme cases, honor killings, when family members are murdered for bringing alleged shame onto the family.

Before the killings, Lal Mohammad, the father of Shabnam‚Äôs deceased sister-in-law Anjum, told police about the couple‚Äôs relationship.

‚ÄúShabnam is going in the wrong direction, she wants to marry Saleem and the atmosphere at home is very tense,‚Äù Mohammad recalled Anjum as saying, according to his witness statement at Shabnam‚Äôs 2008 district court trial.

Sukkhan Ali, Shabnam‚Äôs cousin, told the court during the 2008 hearing that Saleem would often come to Shabnam‚Äôs house to meet her which made the father beat her,but her family didn‚Äôt know thT Shabnam was already pregnant with Saleem‚Äôs child.

In his ruling, the district court judge SAA Husaini observed that locals ‚Äúwould not have been able to accept the ‚Äòharam‚Äô (illegitimate) act,‚Äù referring to their unborn child.

However, the judge said the couple had other options to escape the ‚Äúconservative society‚Äù of Bawan Kheri, beyond murdering seven people.

The prosecution argued Shabnam wanted to kill her family so she would be the sole heiress of their property and could live in comfort with Saleem and their newborn.

Shabnam and Saleem who murdered her family so they could be together, surprisingly turned on each other in the trial. Shabnam alleged Saleem alone had killed everyone. Saleem said Shabnam had been drinking wine and called him after she had killed her family, asking him to get rid of the evidence.

The district court found the pair guilty of murdering seven people, and sentenced them to death by hanging. They appealed to the High Court of Uttar Pradesh, as well as the Supreme Court of India, the country‚Äôs highest court, but each time, their claims of innocence were dismissed

The Supreme Court noted in its 2015 judgment that Shabnam had ‚Äúfeigned unconsciousness and laid by the side of the deceased father‚Äôs mutilated body, to callously insinuate that the crime had been committed by an outsider.‚Äù

Her lawyer, Shreya Rastogi claims that the crime created another ‚Äòvictim‚Äô, Shabnam‚Äôs son, Bittu (not his real name) who Shabnam raised in prison before giving him up.

In February this year, after rumors of Shabnam‚Äôs impending hanging made headlines, Bittu held up a blackboard to reporters with a chalk message written;

Shabnam‚Äôs lawyer, Shreya Rastogi, says her client‚Äôs relationship with her son should be taken into account.

Rastogi says life is not easy for Bittu as media attention was disrupting the young boy‚Äôs life and his ability to focus on his studies being the child of murderers.

In February this year, lawyers for Shabnam and Saleem filed a mercy plea with the governor of Uttar Pradesh state, as a representative of the President, and the President himself.

According to Rastogi, as per case law, when conferring a death sentence a court must look at the criminal beyond the crime, to see whether there exists a possibility of reformation and rehabilitation.

‚ÄúWhat better way to understand a young mother than to see her through the lens of her relationship with her son?‚Äù Rastogi asked.

Some Indian activists who have been campaigning to abolish the death penalty feel that executing a woman for the first time in 66 years would be a step in the wrong direction for the country.

A United Nations resolution for a global moratorium on the death penalty introduced since 2007 has constantly been voted against by India.

As of March 31, 2021, 15 women were on death row in India, according to Amnesty International. 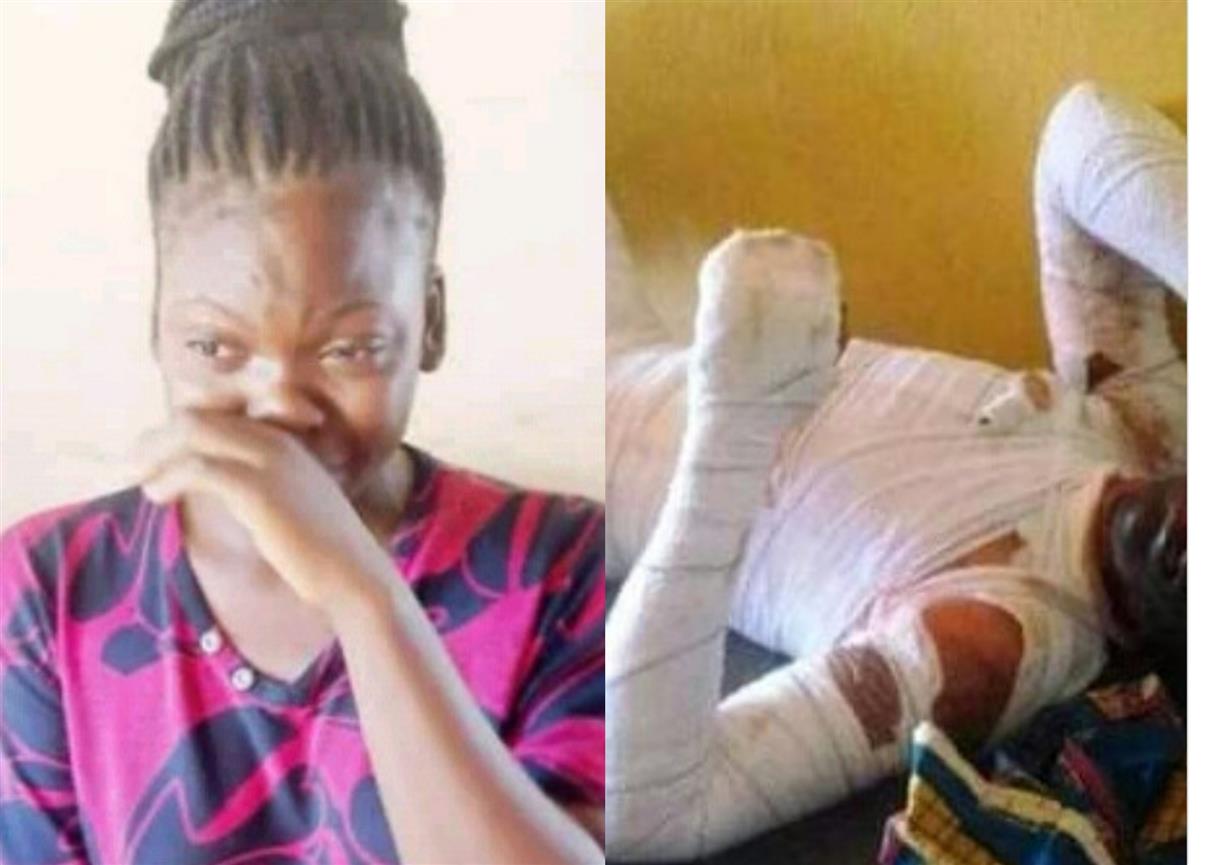