Malawi Posts Corporation employees to go on strike from Friday

Malawi Posts Corporation (MPC) employees have threatened to go on a national wide strike from Friday over unresolved salary discrepancies.

This has been confirmed in a statement released on June 3, 2021 signed by MPC Workers Union President W.H. Chipoka made available to faceofmalawi.

According to Chipoka, the workers want the Tonse Alliance government to increase their salaries and also sort out some labour issues affecting the workers.

Some of the labour issues raised in the letter are late payment of salaries, medical schemes and others. 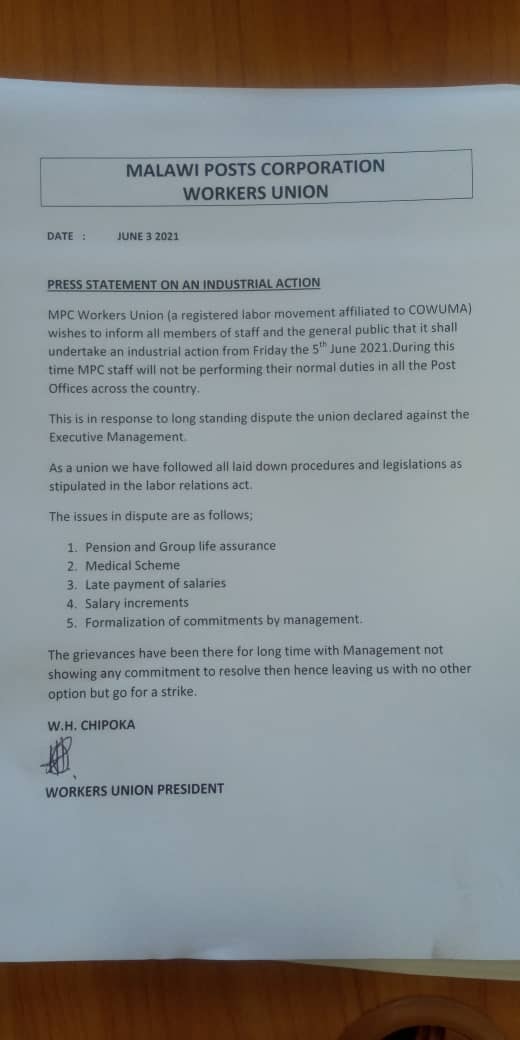