Campaign rallies ahead of the August 12, 2021 national polls have been suspended with immediate effect following a more lethal COVID 19 Third Wave ravaging Zambia.

At a media briefing in Lusaka today, Electoral Commission of Zambia (ECZ) Chief Electoral Officer Patrick Nshindano emphasised that campaigns had not been suspended except for campaign rallies.

Mr. Nshindano said the suspension might be lifted after reviewing the situation adding that the Commission was disappointed with stakeholders that were debating the COVID 19 issue which had claimed lives.

Mr. Nshindano said the decision followed a recommendation from the Technical Committee and deliberations at yesterdayā€™s Political Parties Consultative Forum.

He urged political parties to adopt other methods that attracted minimal numbers such as door to door campaigns.

Meanwhile, Mr. Nshindano said the 2021 General Election will go ahead as planned because elections are a Constitutional matter urging the media to act responsibly to prevent misinformation.

He urged Zambians to ignore the false media reports that Zambia Institute of Health recommended for the postponement of elections adding that elections could only be postponed if Zambia entered a State of Emergency.

The ECZ Chief said Zambians needed to act responsibly to prevent a State of Emergency through a lockdown if COVID 19 cases became uncontrollable.

Mr. Nshindano dismissed insinuations that the measures by ECZ were meant to favour some political parties.

At the same briefing, Health Permanent Secretary Kennedy Malama said laxity had resulted in the outbreak of a COVID 19 Third Wave.

Dr. Malama said Zambia recorded four COVID- 19 deaths all from Lusaka with a cumulative total of 1288 deaths so far.

He revealed that the latest figure brought to over 97 000 cumulative total of COVID- 19 patients.

The Health Permanent Secretary urged leaders both from the ruling and the opposition to make drastic measures to avoid collapsing Zambiaā€™s health security.

Dr. Malama explained that evidence existed globally that super spreader events led to more deaths especially in countries such as India where health system was overwhelmed.

And Information and Broadcasting Services Permanent Secretary Amos Malupenga urged the media to be more accurate to avoid putting the country on fire.

Mr. Malupenga said the inaccurate report suggesting the postponing of elections by the media yesterday was an example of stories that could attract turmoil in the current sensitive
period. 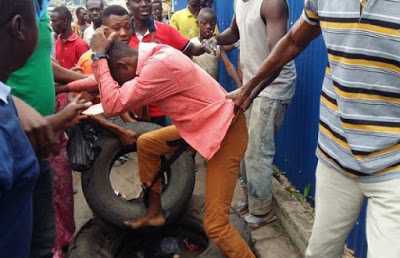