Madonna is the latest celebrity to come out in support of Britney Spears as she continues her battles to end her conservatorship.

Britney Spears’ father, Jamie was granted control over his daughter’s personal and business affairs in a court-ordered conservatorship in 2008. The order was originally granted after the star was put in hospital amid concerns over her mental health.

The singer has been fighting to end her conservatorship so she can have her life back.

During the 23 minute speech to the courts in Los Angeles on June 23, Britney accused her dad of intimidating her and forcing her into work, while also claiming that she had been banned from getting married or having any more kids.

Pop Queen, Madonna took to her Instagram Story on Thursday, July 8 to express her support for her co-performer from the 2003 hit “Me Against the Music,” criticising the legal order and called it a “violation of human rights”.

Sharing an image of herself wearing a t-shirt with Britney’s name emblazoned across it in purple writing, Madonna wrote:

“Give this woman her life back. Slavery was abolished so long ago! Death to the greedy patriarchy that has been doing this to women for centuries.

“This is a violation of human rights! Britney we coming to get you out of jail!” 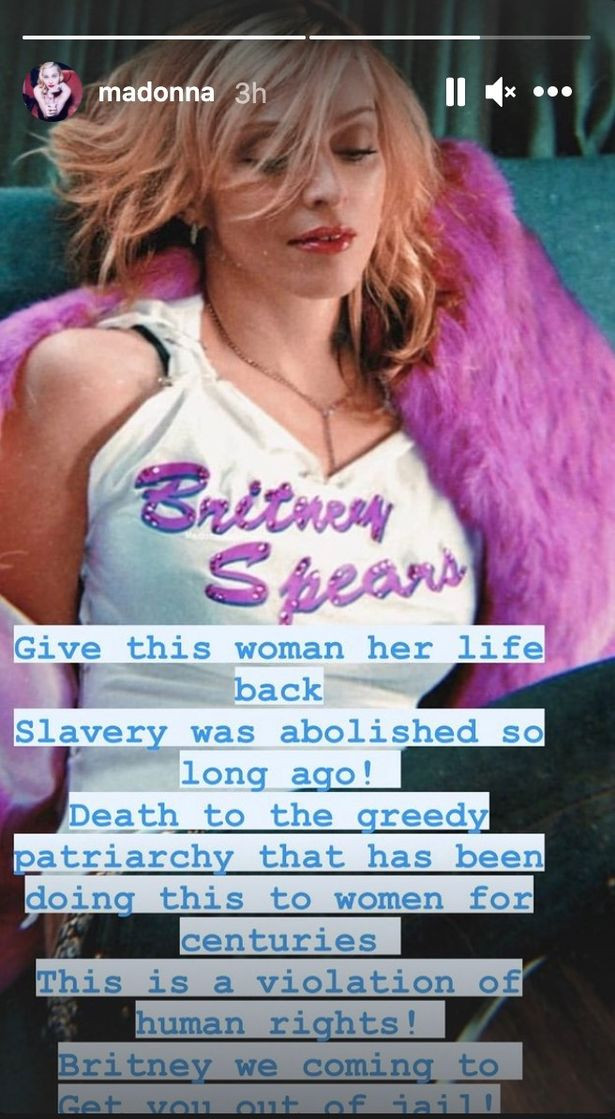 Paris Hilton also spoke out about the case on her podcast this week. The socialite called Britney “incredibly brave and an inspiration for speaking her truth”.

Previous article‘Martha was a fine, hardworking and friendly personality’-Kazako
Next articleMalawian Chokes Chakwera With Own Question ‘Is what you are doing making Malawi better?’

An 11-year-old Nigerian girl has stirred reactions after she...

This lady has surprised many social media users with...
FaceofMalawiNEWS