President Dr Lazarus Chakwera has applauded the Head of the Catholic Church in the country Archbishop Thomas Luke Msusa for his servant leadership, humility and unity in the 25 years of his priesthood.

Dr Chakwera was speaking in Mangochi during the priestly Silver Jubilee celebration of Archbishop Msusa at Iba Primary School in the area of Traditional Authority Jalasi, Mangochi.

Addressing the jubilant gathering, Dr Chakwera described Archbishop Msusa as a true definition of a servant leader who he said for the past 25 years of his priesthood has instilled the spirit of hard work and unity among the people.

Said Dr Chakwera: “Through his wisdom and leadership the country has seen the growth of several Catholic institutions. Archbishop Msusa has been a number one advisor on a number of issues of national importance.”

In his remarks, Archbishop Msusa, lauds God for being with him, mentioning prayer and faith as weapons that have carried him for the past 25 years of his priesthood. He also went on to appreciate President Chakwera’s humility for joining the celebration at Iba which is the home village for the Archbishop.

During the ceremony, Archbishop Msusa also officiated the wedding of his niece Maria Mbewe who has tied a knot with Augustine Chimenya
President Chakwera and the First Lady Madam Monica Chakwera presented their gift to Archbishop Msusa and the newly wedded couple.

He was appointed Bishop of Zomba Diocese in December 2003 and he was ordained as its Bishop on April 17, 2004.

In 2013 he was appointed Archbishop of Blantyre Diocese and received ordination on February 8, 2014. 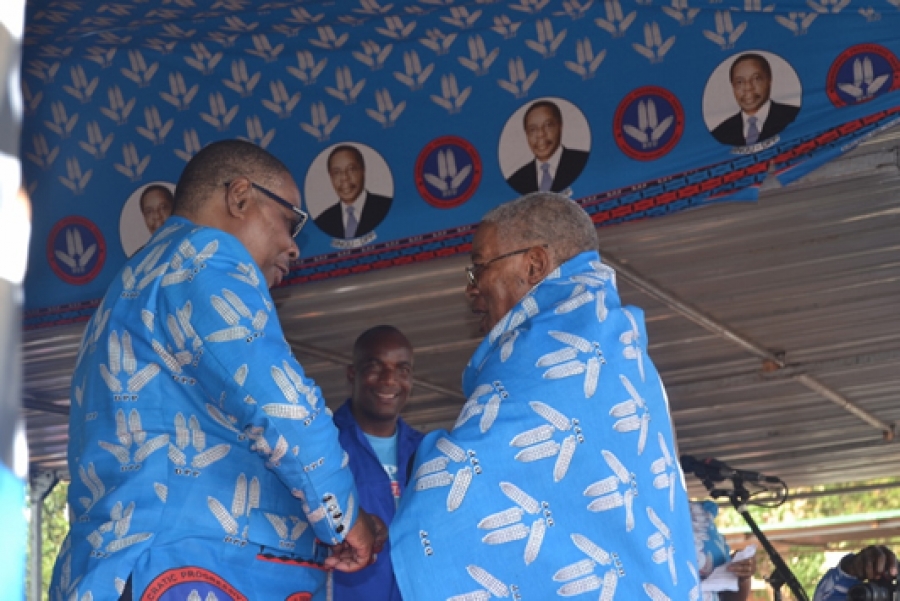