In the past weekend, the social media was awash with rumours that Chimunthu Banda wanted to meet Mutharika at PAGE house over the ongoing squabbles in the Party.

But the former first lady gaged Mutharika from meeting Chimunthu Banda, accusing Banda of siding with President Dr. Lazarus Chakwera ahead of the fresh Presidential polls which saw the opposition Democratic Progressive Party (DPP) being booted out of power.

In a statement released on Saturday, the former first lady through Mutharika’s spokesperson Shadreck Namalomba has denied the reports.

According to the former first lady, Chimunthu Banda did not ask for an audience with Mutharika. 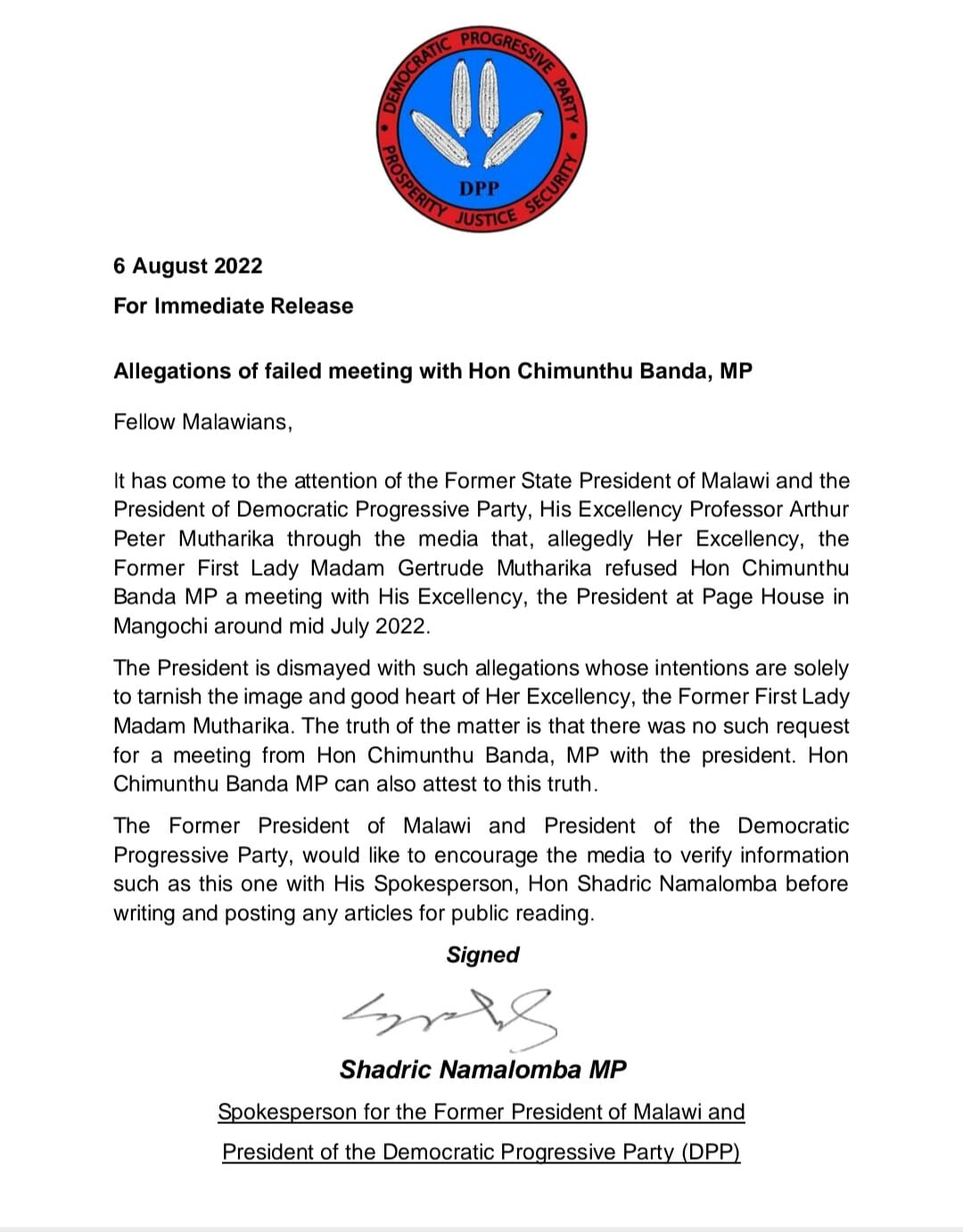 A manager at Grills Feed company which is situated...

Prisoners at Karonga prison are asking well-wishers for building...
FaceofMalawiNEWS