Madonna’s son David Banda stole the show at her 64th birthday on Wednesday as he dazzled in a pair of sequin flared trousers.

The Pop icon shared behind-the-scenes footage from her wild party in Italy with her 18.4 million Instagram followers. 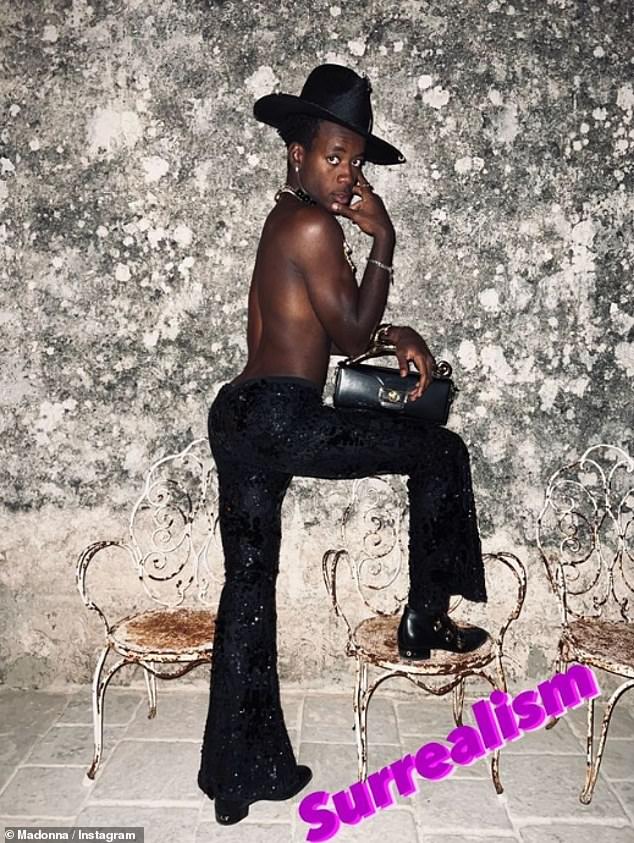 David’s stylish look comes after The Material Girl hitmaker revealed that the 16-year-old son not only wears her clothes but also ‘looks better in them’ during her appearance on The Tonight Show earlier this month.

The teenager showed off his incredible style credentials during his mother’s big night as he struck a one legged chair pose while glaring into the camera.

The model, who has appeared in campaigns for Stella McCartney and Converse, said amped up the look accessorising with a scattering of jewellery. 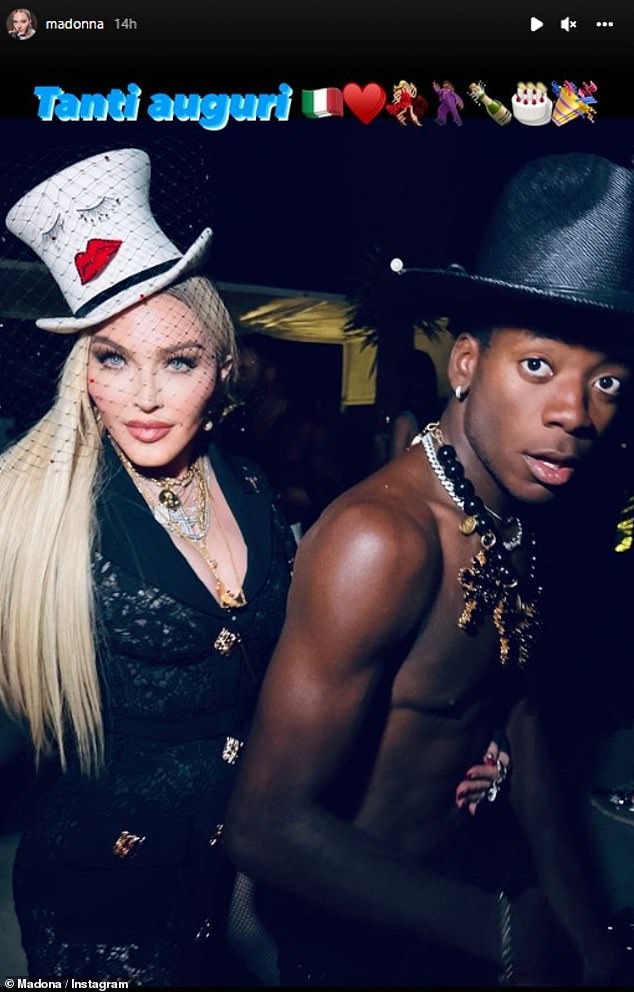 Placing a protective around her son, the mother and son stood in for a family snap during the lively affair.

Madonna adopted David in 2006, when he was just 13 months old with ex-husband Guy Ritchie.