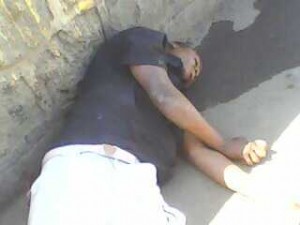 A nurse at Mzuzu Central Hospital said the victims were shot with live ammunition and that many others were wounded. She spoke on condition of anonymity because she is not permitted to speak to journalists.

The demonstrators have been protesting against persistent fuel and foreign exchange reserve shortages. President Bingu wa Mutharika is scheduled to address the nation later Thursday.

Mutharika, a 77-year-old former World Bank economist, was re-elected to a second term in 2009 in a landslide victory. Presidential elections are not due here again until 2014.

Opposition politicians and several local journalists told The Associated Press on Wednesday they had also been assaulted by police. Police confirmed that several civil society leaders were briefly detained for questioning during the unrest.

On Wednesday, Madonna, who has adopted two children from the country and plans to build schools there, said she hoped Malawi would find a peaceful way out of its troubles.

“I am deeply concerned about the violence today in Malawi, especially the devastating impact on Malawi’s children,” the superstar told The Associated Press. “Malawi must find a peaceful solution to these problems that allows donors to have confidence that their money will be used efficiently.”

(Visited 44 times, 1 visits today)
Previous articleAFTERMATH OF THE MALAWI DEMONSTRATIONS ON 21st JULY 2011 AT 11.40am
Next articleEvidence of Police Brutality during Malawi Demonstrations in July 2011