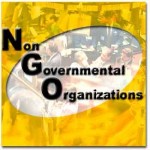 Active youth organization(AYO) an NGO that advocates the right the of the youth in a statement signedby executive director Glyn Singini and National coordinator David Chikafa appeared to Mutharika to institute a commission on of inquiry to avoid similar violence in future protests.
The organization also appeared to people in top positions in the country including civic society organizations to resort to contact and dialogue to resolve the current economic and governance crisis
The call follows many appeals from local and international institutions asking Mutharika to investigate the July 220 events in which at least 19 people were killed.
After the demonstrations, president Bingu WA Mutharika said in his speech to the nation which was broadcasted on government MBC radio stations that he is ready to come around table with both the oppositions and NGO’S but later said he would arrest them. But in revenge, Malawi watch leader Billy Banda doesn’t listen to his people Malawians will conduct another mass demonstrations

(Visited 14 times, 1 visits today)
Previous articleFREE TUTORIAL ON THE ROLE OF CIVIL SOCIETY ORGANIZATIONS TO BINGU AND CALLISTA
Next articlePIC of NAZI-BINGU