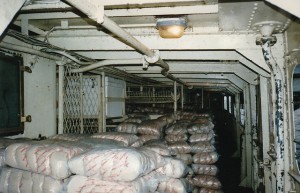 Tanzania Revenue Authority (TRA) in Iringa Region has confiscated a total of 6 tonnes and 50kgs of illegal sugar shipment which was smuggled from Malawi through Lake Nyasa shoreline in Ludewa District.

The consignment was seized on November 24 last year by police at the Manda mini-habour in Ludewa and later on stored in a warehouse until Saturday when the authority made it public by distributing it to the needy and public institutions.

Distributing the sugar consignment to the recipients, Ludewa District Commissioner (DC) Georgina Bundala urged them to use it as intended.

She urged the public to avoid smuggling saying it is dangerous to both human and the economy because it may bring in goods and services into the country which are not fit for human consumption.

For his part, Iringa Region Customs Officer Protas Mlingi said Section 200 (d) of the TRA Act, mandates the Commissioner General to nationalise any goods and services that evade tax, while Section 199 stipulates the kind of punishment the convicted smuggler should be given.

He identified the vehicles which were found carrying the sugar consignment as T 762 AAV belonging to Donata Mgeni and T 894 AWK owned by Cretus Lupenza. The owners were fined 7m/- each.

The Lake Nyasa shoreline is now rampant with illegal businesses including being used by Somali illegal immigrants who pass through Malawi, Mozambique to South Africa in search of greener pastures.