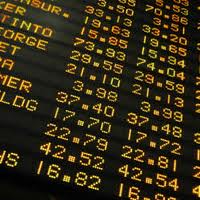 With Easter approaching the week opened and closed on a low with activity decreasing significantly both in terms of volume and turnover. Turnover went down to MWK 19m from MWK 53m registered last week. Active counters during the week were; TNM, Standard Bank, NITL, NBS, NBM, Mpico and Illovo. For the first time in three weeks the Index closed flat. The highlight of the week was the release of FMB, NBM, NBS and PCL FY11 results.

NBM reported a group pre-tax profit for FY11 of MWK 5.2bn (2010: MWK 5.1bn). This performance is in spite of the Bank having absorbed a one-off fair value loss of MWK 1.7bn in respect of the new Business Centre and Office Complex. The Bank registered a 13% growth in both total earning assets and customer deposits. An interim dividend of MWK 840m (2010: MWK 700m) was paid in September, 2010 amounted to MWK 2.1bn. The Board has resolved to recommend to the shareholders payment of a final dividend amounting to MWK 1.3bn representing MWK 2.70 per share. The dividend will be payable after the Annual General Meeting which will be held in June 2012.