The president’s guidance to the new Information Minister and Malawi Broadcasting Corporation (MBC) that the state media should be providing accurate information to the citizenry and offering a platform for diverse opinions on issues of national and public interest is very important.

Members of management and media practitioners at the state broadcaster, some of whom reduced themselves to propagandists and political bootlickers should get a cue from the new president that MBC can redeem its image through professionalism.

It is an open secret that MBC has been called names before. It was once despised as Makiyolobasi Broadcasting Corporation by some critics who were annoyed by its overzealous denigration of government critics and opposition leaders. Who can blame the critics, when some political programmes were produced just to vilifyopposition leaders? There are numerous derogatory descriptions of MBC that mirror the corporation’s mind-numbing coverage particularly of political events and its slapdash performance.

Apart from impressing the propagandists themselves and few politicians who were beneficiaries of the half-baked political programmes, MBC has never really won the trust and support of many taxpayers who still associate it with blatant political partisanship.

Even government’s recent attempts to restructure the corporation into an efficient and competitive public broadcaster serving a diverse and increasingly enlightened population in the changed political circumstances, was so disastrous. Talented and highly qualified broadcasters were either kicked out, transferred, demoted or frustrated, while yes-bwanas were rewarded and promoted. The fiasco that erupted during the so-called restructuring saw the corporation and its managers being dragged to court.

At the rate the state broadcaster was operating recently, it risked being pushed over into the abyss of irrelevance by aggressive and creative private broadcasters that currently dominate the airwaves. The private media’s coverage of the death of our head of state and the transition of power demonstrated how professional they are. Instead of depending on MBC, the nation depended on the private media to follow events of these developments.

The new president is right that the new Information Minister needs to work hard to restore the image of MBC so that it can be associated with broadcasting the truth. We would like to appeal to the current administration to take a step further by turning the state broadcaster into a public broadcaster.

Because of public broadcasters are accessible to all and they place emphasis on quality, balance and impartiality, commitment to education of the public and independence from political and commercial interference, we believe time is ripe that MBC should change its status of being a state broadcaster to a public broadcaster. 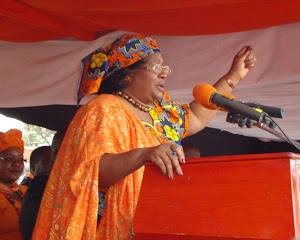 Did JB fire Nhlane, Mwanyongo and Banda? No! We have the facts

Poor Benson Tembo, you made noise too soon, MBC is a monster