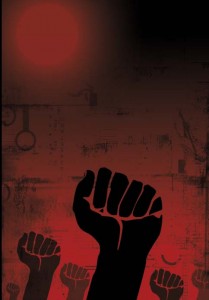 South Africa’s Nkosazana Dlamini-Zuma will be an unexpected beneficiary of the death of Malawi’s Bingu wa Mutharika last week, and of the consequent major changes in SADC’s poorest country.

According to the country’s constitution Banda, Mutharika’s estranged deputy, should have taken over almost immediately. Section 83(4), states: “Whenever there is a vacancy in the office of President, the First Vice-President shall assume that office for the remainder of the term and shall appoint another person to serve as First Vice-President for the remainder of the term.”

In order to prevent the Banda succession, members of what Malawians called Mutharika’s “kitchen cabinet”, including his brother and his widow, attempted to delay the transition by first failing to announce the president’s demise to the country and then, later, even moving his body to Johannesburg to conceal any evidence of the death. This ruse was to buy time to engineer some way to by-pass Banda and for Peter Mutharika, who was foreign affairs minister, to take the reins.

In the hours that followed the president’s death the police, army, the ruling party and some opposition groups lobbied hard on their views on who should rule “if something were to happen to the president” (who was already dead). Having bought time until Parliament could sit in an emergency session on Tuesday, 10 April, the conspirators would then declare a state of emergency and use the period to swiftly pilot a change to the constitution, empowering Cabinet to appoint one of its members to take over as president in the event of a vacancy. Thus within weeks, if not days, Peter Mutharika would be inaugurated, taking over from his deceased sibling as in a monarchy.

In the end the conspiracy failed. The attempted silent coup did not enjoy support from some of the key people it would have needed to get rolling. It would appear most of those “consulted” on what to do pointed to the afore-mentioned Section 83(4), with the notable exception of the Inspector General of Police Peter Mukhito and, unsurprisingly, Mutharika’s ruling Democratic Progressive Party (DPP).

But once it became clear to the conspirators that the numbers were not adding up, a public announcement of the president’s death was made, and in line with the constitution, Banda was sworn in on Saturday, 7 April as the country’s first ever female head of state, and only Africa’s second. The government’s propaganda machinery was already at work, scrambling to leak plausible explanations for the tense delay in complying with the constitution. The Johannesburg flight, it was suggested, was for Mutharika’s remains to be embalmed and properly preserved. Stories ran in the local press stating that no facility in Lilongwe could have even properly refrigerated the president’s body, although no power outages were reported at the time.

According to sources in the Southern African diplomatic scene, Banda’s ascension to power could now have consequences for another African woman pursuing a powerful political post. Dlamini-Zuma is still locked in an intense lobbying battle with Gabon’s Jean Ping to win the chair of the African Union (AU) commission. Banda is likely to restore Malawi’s support for Dlamini-Zuma’s candidacy, which had waned under Mutharika. In his last months, Mutharika was a president in crisis, with an ever-swelling opposition movement at home, increasing isolation in the region, and tattered diplomatic relations abroad. Most of Malawi’s donors, who provided up to half of the country’s annual budget, had cut aid in 2011. Fuel, food and foreign exchange shortages were bringing the country to its knees, thus intensifying the domestic defiance to his government. Malawi was caught in a vicious spiral that rendered Mutharika desperate, and his foreign policy up for sale.

Enter Ali Bongo, president of the oil-drenched Republic of Gabon, chief promoter of Ping’s campaign, and petro-diplomat extraordinaire. Bongo has already been to Zimbabwe and Swaziland, promising free oil and cash for votes at the next AU summit, due to be held in Malawi in three months’ time. His generous but secret offer has already been accepted by King Mswati III of Swaziland, who voted against Dlamini-Zuma in the deadlocked elections in Addis Ababa (Vol 30 No 6), and was reportedly making inroads with Mutharika.

A less desperate and more self-assured Malawi is in the offing under Banda. Malawi will still need oil, foreign exchange and consumer goods, but may not be required to sell its soul – not to mention the unity of SADC – to acquire these necessities. Relations with neighbours and with the West have already improved, with former donors seemingly impressed by the new president’s swift action to restore the rule of law in her country.

The UK, the country’s largest donor and the leader of the donor freeze against Mutharika, said this week that it would “soon” send an envoy to Lilongwe to check on progress, with a view to restoring aid. Before the diplomatic rupture of 2011, the UK provided £90-million (R1,136-billion) a year in aid, some £20-million (R253-million) of that being direct budget support. Other European donor countries are now expected to follow suit, with private institutions not far behind them.

The money may not have started flowing to Malawi just yet, but it is clear that several cheques are in the mail. When Bongo returns to Malawi to woo its new leader – as he doubtless will – he may have to propose new terms of trade for his oil, since Malawi’s leading lady will, by then, be quite capable of paying her own way.

• Meanwhile, Pretoria has headed off a key legal challenge by Ping, and potentially significantly strengthened Dlamini-Zuma’s prospects for election. Ping failed last month to persuade the panel overseeing the election that the Dlamini-Zuma must legally be excluded from standing against him in Malawi in July. He tabled a legal opinion compiled by French legal specialists that the Malawi vote will, constitutionally, be a continuation of the deadlocked Addis Ababa election. The opinion argued that this would exclude any new candidates and that Dlamini-Zuma has already been knocked out in Addis Ababa – a view that would have guaranteed Ping’s uncontested return to the post.

But South Africa successfully countered with a separate legal opinion, which concluded that the Malawi vote will be a new election, allowing new nominations. With SADC still committed to nomination, Pretoria’s Home Affairs minister, Dlamini-Zuma, will thus be on the ballot paper in July.

Its prospects for persuading the panel to accept this approach appear to be good – potentially making Dlamini-Zuma’s candidacy virtually unstoppable.

It also adds significance to former Mozambique President Joachim Chissano’s attempt to insert himself as a compromise candidate (Vol 30 No 6): with panel consensus that it should recommend that Southern Africa provides the next AU Commission chair, Paris and its African allies would need an alternative Southern African candidate to Dlamini-Zuma.