Define Africa by its potential and not its problems – US

The United States has stated that it was time that Africa was defined by its potentials and promises and not solely by its problems.

“I remain absolutely convinced that Africa is at the beginning of an unprecedented period of progress, both politically and economically” said Ambassador Jonnie Carson, the US Assistant Secretary of State for African Affairs. 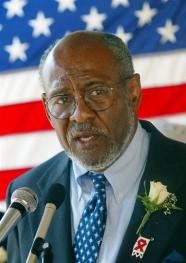 “Problems such as those that we see in Sudan, Mali, and Guinea-Bissau are no longer the norm across Africa. They are the exception to a much more progressive and promising Africa.

“Africa’s economic potential is already well known. Perhaps less appreciated, but even more important, is the tremendous intellectual, technical and business capital represented by Africa’s youth, women and entrepreneurs”, he said via teleconference where over a hundred journalists from 15 African countries, including the Ghana News Agency participated.

Ambassador Carson noted that Africa in the last three years had recorded a “significant progress” towards what its people wanted and deserved, particularly their “rights to freely elected governments that responded to their needs, and that pursued peace, justice and prosperity”

Commending the resolve of the African people strong democratic credentials and institutions, he said “The signs of progress across Africa are clear”, citing events like this year’s democratic transfer of power in Senegal, adherence to constitutional processes in Malawi, that allowed a new president take the place of the former deceased president, the successful elections in Nigeria and Zambia last year, as well as Cote d’Ivoire’s remarkable growth effort after its return to democracy in 2011, as indicators that the continent was on the path for exceptional progress.

“These are all examples of the wave of democratic progress being led by the people of Africa. Of course challenges remain; however, the progress is unmistakable and inspiring”, he said.

Ambassador Carson said the US was committed in its role to support democratic governance, economic development, conflict mitigation, improved health delivery, and combating a range of transnational issues with Africa..

He said the US would continue to “support Africa’s efforts to build strong democracies, to promote sustainable economic growth, to prevent conflicts, to expand access to healthcare and to dramatically improve agriculture, and to address the transnational issues such as food security, climate change, and international crime”.

“We will continue to work to be good partners to the people of Africa through our support for the five pillars of President Obama’s policy towards the continent”, he said.