Selecting a mobile phone is like buying a new car. I have been lucky enough to have only purchased two cars in my whole adult life, so I have not had to experience the difficulty of choice and decision that buyers generally have to go through. 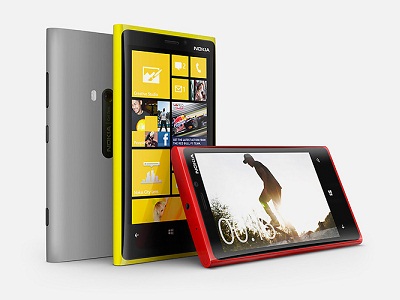 I do tend to favour vehicles that are a bit out of my price range, but they are still great to look at. I will do absolutely anything to be able to drive a 1932 Ford hot-rod, 1966 Pontiac GTO or a 1968 Shelby GT500, but I know the car will be highly impractical and I cannot install a petrol pump at my house.

So looking at more economical vehicles, I will say that I tend to lean more towards a Hyundai i30, Mazda 2, or any other smallish type vehicle. Naturally there are also a great number of cars that I will not drive (for various reasons) such as a BMW, Toyota and Nissan – and a 30-year old Ford Cortina.

We have all seen them on the road: classic blue or beige with a big 3.0L sign indicating it’s “roaring” power, extra fat tyres for “added” grip and the unforgettable 80’s design that just screams plastic furniture covers and pink flamingos in the garden.

Maybe it is just me, but I tend to look for the lowest priced car in my range, above a 1.4l, but other potential buyers will have a look to see what is available in their price range and then narrow it down to a couple of choices. After the list has been shortened, it will come down to what lies beneath the bonnet and how sound the mechanics are.

Here the list of potential candidates will be whittled down to about three or four choices and personal preference will start to play a major role.  From that point on, the buyer pretty much knows what it wants, and makes an offer to purchase before driving his brand new and shiny car off the showroom floor.

Purchasing a mobile phone really involves a similar process. It should actually make the buying process a bit easier if users assign a car to each phone and then decide what type of phone they want.

Indulge me for a second, if you will.

The Samsung Galaxy SIII can be seen as a powerful Range Rover. It is sturdily built, slightly bigger than the usual phones and users know the trusted quality that it can provide. While being powerful when it needs to be, it can also be quiet and gentle.

Just like the Range Rover, it can be slightly more expensive than what the average user is willing to pay, but once driven they will understand the raw power and customisation it offers. Running on the Android 4.1 operating system is equivalent to having a well-oiled and finely-tuned tiger under the hood.

Bringing the competition to the SIII in the mobile phone department is the iPhone 5 from Apple. Maybe not much in the vehicle stakes, but the iPhone can be seen as a slick Volkswagen GTi. The design of the iPhone has essentially stayed the same throughout the last three or so years, and the GTi has also only seen small changes made to it design – but at heart it is still a very powerful Volkwagen Golf.

The iPhone operates on Apple’s iOS, which is can be equated to a turbo-charged diesel engine or a finely tuned racing setup. It has got all the power available when required, and it is not scared to work for that extra bit of juice just to go that little bit farther.

So using the logic of vehicles that is available in the country at any point, users will be able to quickly decide what type of phone they would like to carry in their pocket. Do they want a slick racing machine or do they want a workhorse not afraid of pushing the limits slightly?

But one thing that is for sure, is that the Nokia Lumia 920 is the Ford Cortina of the mobile phone world. Just like its vehicle counterpart, it is fat and heavy and runs on a system that is essentially all show and no action. Ultimately, Nokia tries too hard to stay with the pack, and fails at reviving their brand.

Fundamental to the Lumia, it makes use of Microsoft’s Windows Phone 8 operating system. The operating system is still in it’s infancy (it was only launched on 29 October this year), and there are a number of issues that need to be sorted out before it will be able to compete with iOS and Android. I have stated on many occasions that I’m not a fan of the WP8 interface, as it looks uninspired and boring. Compared to iOS and Android, it’s actually boring, with the live tiles as the only thing that keeps it interesting. I’m a huge fan of Microsoft and can’t wait for the Surface tablet, but Windows 8 works better on a bigger touch tablet, than it does on a PC or phone.

While some mobile phone users like the feeling of a bit of bulk in the palm of their hands, the Lumia is just a bit too hefty for me. With phones getting thinner and lighter, it’s almost as if Nokia took a step backwards by making it 10.7mm thick. That’s a full 2.1mm thicker than the Samsung Galaxy SIII, and weighs 73g more than the Apple iPhone 5. Without being to knit-picking, the sharp corners just make it seem a bit awkward.

While the camera is actually very decent (8.7 megapixel which makes use of Nokia’s proprietary PureView with Optical image stabilization technology), the images seemed to be inconsistent when it came to exposure and white balance. Photos of the same image would be darker than others on the same settings, which is frustrating. I did however enjoy (albeit moderately) the exclusive Cinemagraph app. It takes an image and only moves certain portions of it – almost like a .gif file, but cooler. The app is exciting to try at first, but the quality of the images could be greatly improved upon.

When talking computing power, Nokia claims that the Lumia is the most powerful smartphone on the market – which is true. It makes use of a 1.5 GHz dual-core Qualcomm Krait processor, but the added .1 GHz in power will hardly be noticeable to the average user – compared to the 1.4 GHz quad-core Cortex-A9 that sits in the SIII. Here the iPhone falls a little behind, as it only makes use of a 1.3 GHz dual core Apple A6.

I have never truly been a fan of Nokia and being in the position of Consumer Tech editor for a long time, I have had the opportunity to review a great number of mobile devices. For me, a great phone needs to perform in several categories: ease of use, technical specifications and of course aesthetics. As mentioned above, the Lumia is definitely heavier (and it’s noticeable) in a user’s hand; the design elements aren’t as friendly as the rounded-corners of most of the smartphones released this year and Windows Phone 8 needs a lot of work before it will be able to compete with Android and iOS. Granted, the camera and CPU is better than most phones, but is that enough for users to make a purchase? Ultimately, it comes down to users to decide what mobile device they would like to use, but I feel that there are a number of other devices that look better, have far better operating systems and are far easier to use. There are also other Windows Phone 8 devices that users might want to look at, if they truly want a WP8 device- such as the HTC 8X.

I thought that I might have been the only reviewer who felt this way about the Lumia 920, but The Wall Street Journal wrote that it “has barely moved the needle for Nokia”, CNET said it had an “unimpressive battery life and heavy weight,” while Popular Science says that they “just can’t recommend it,” and Sam Biddle from Gizmodo writes, “I wanted to own this instead of an iPhone 5, but no. No you shouldn’t. It’s too big and heavy. It’s not fun to own. It’s not enjoyable to use.”

At the end of the day, I’m still waiting to be impressed by a Nokia device. But there is hope…