Dozens of Tunisians protested on Sunday to demand the right to eat and drink in public during the Muslim fasting month of Ramadan and to protest against non-fasters being arrested.

There is no law against eating or drinking in public during Ramadan, but every year the issue comes to the fore in the North African country.

Tunisiaâ€™s constitution guarantees “freedom of belief and conscience”, but the state is also the “guardian of religion”.

Following a call by the “Mouch Bessif” (Arabic for â€˜Not against our willâ€™) group, protesters in central Tunis shouted that â€˜Individual freedom is guaranteed by the constitution!â€™ 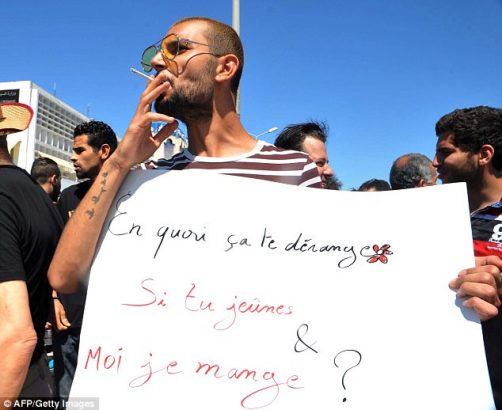 One man openly smoking a cigarette â€“ this is also deemed unacceptable during Ramadan daylight hours â€“ held a placard in French that asked: â€˜Why does it bother you if you fast and I eat?â€™

Demonstrators also protested against the arrest of people who were not fasting.

At the beginning of June, four men were sentenced to a month in jail for â€˜public indecencyâ€™ after eating outside during daylight.

“We are protesting about lawsuits against non-fastersâ€¦ Whoever wants to fast can fast, but whoever doesnâ€™t want to shouldnâ€™t have to,” demonstrator Karim Chair told AFP. 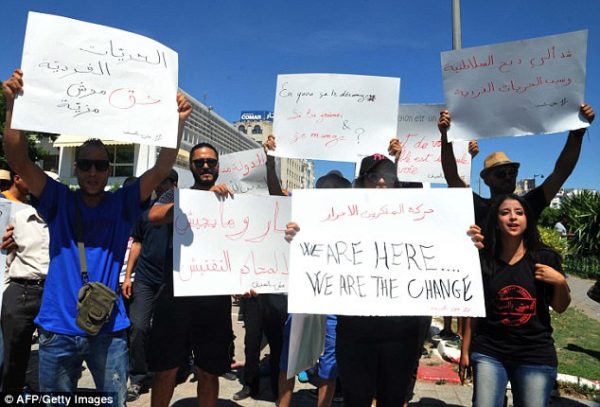 Most cafes and restaurants in Tunisia close during the day in Ramadan, and those that open do so discreetly.

As this yearâ€™s fasting month began, a media-oriented preacher went round cafes open during the day to record footage of clients and shame them in a move that was heavily criticised on social networks. 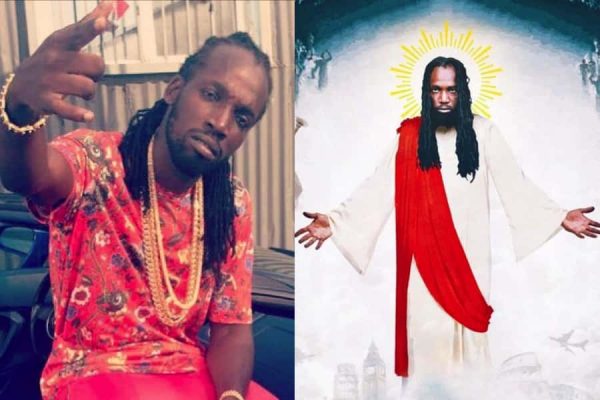