Pop star Madonna has called her son, David Banda, “the future president of Malawi” in a tweet praising the 12-year-old.

The US singer has has six children, four of whom she adopted from Malawi. 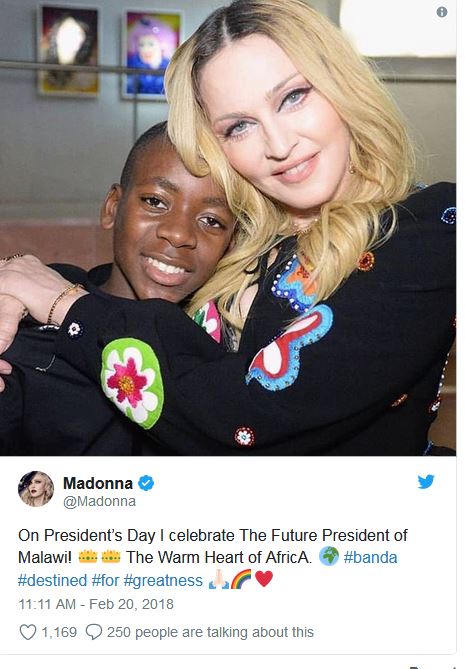 The singer has reportedly had a fractious relationship with Malawi’s authorities.

In 2013, Malawi accused Madonna of “bullying state officials”, exaggerating her contribution to the country and demanding VIP treatment.

Madonna’s manager accused Malawi’s government of having a “grudge” against the singer’s charity, Raising Malawi, which she founded the same year she adopted David.

Love and relationships are now crucial for young people's...

Chinese national Zhou Zheng Zhong has appeared before the...

The Ministry of Health has placed 20 counties on...

on Father beats up the abusive boyfriend of his...
FaceofMalawiNEWS