50 Passengers Dead this Morning after Bus Crashed in Kenya

At least fifty people have been killed in Kenya this morning after a 52 seater bus they were travelling in crashed.

According to The Star, the accident occurred along the Londiani-Muhoroni highway in the capital of Nairobi. 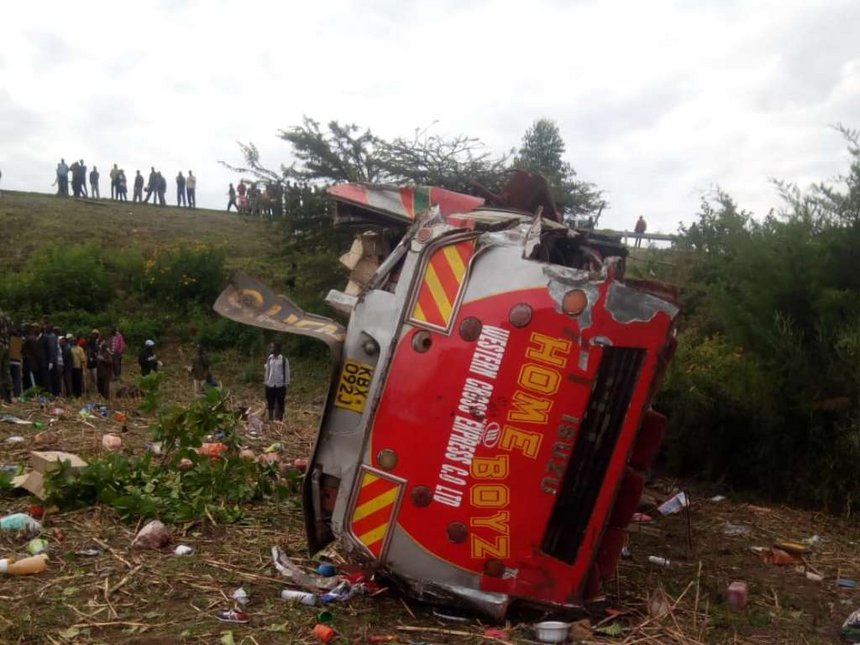 During the 5 am crash, the bus was on its way to Kakamega from Nairobi, a few kilometres from Fort Ternan.

The bus veered off the road and rolled. Its roof was blown off. 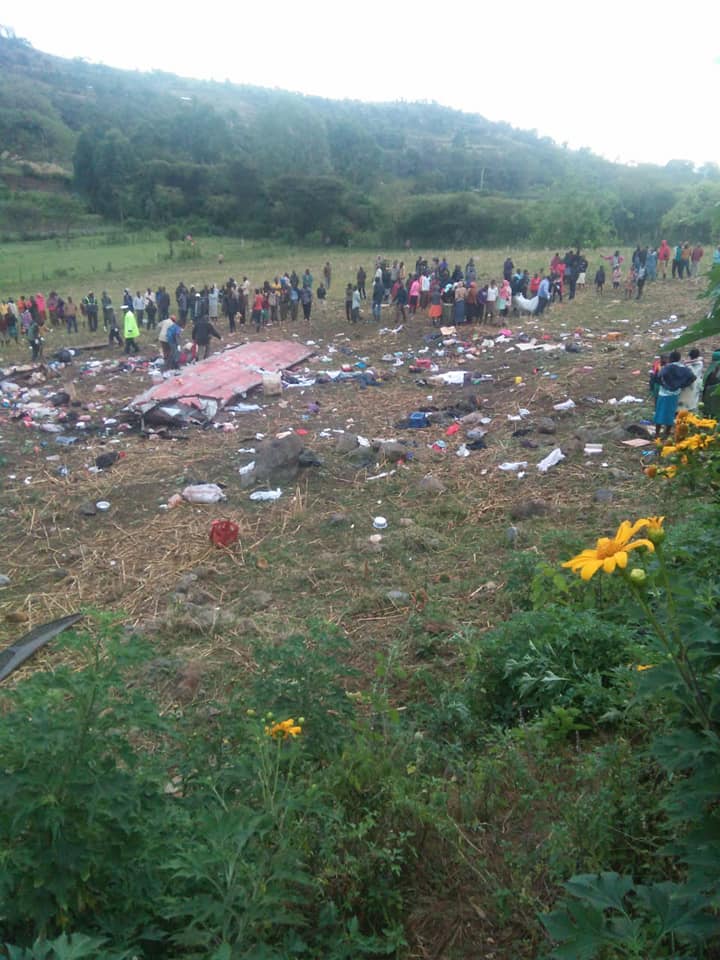 The scene of the crash is characterised by winding steep slopes. 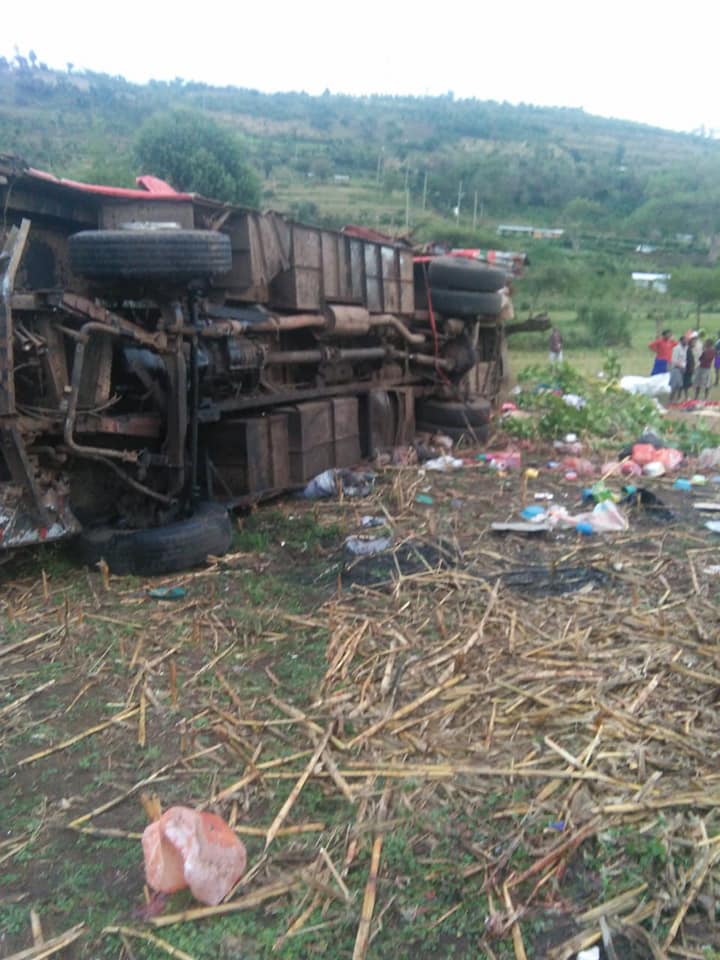 Inspector General of Police, Joseph Boinett said police are looking for the owner of the bus.

He said the bus lacked a licence to operate at night. He said the owner will be charged for violating rules.