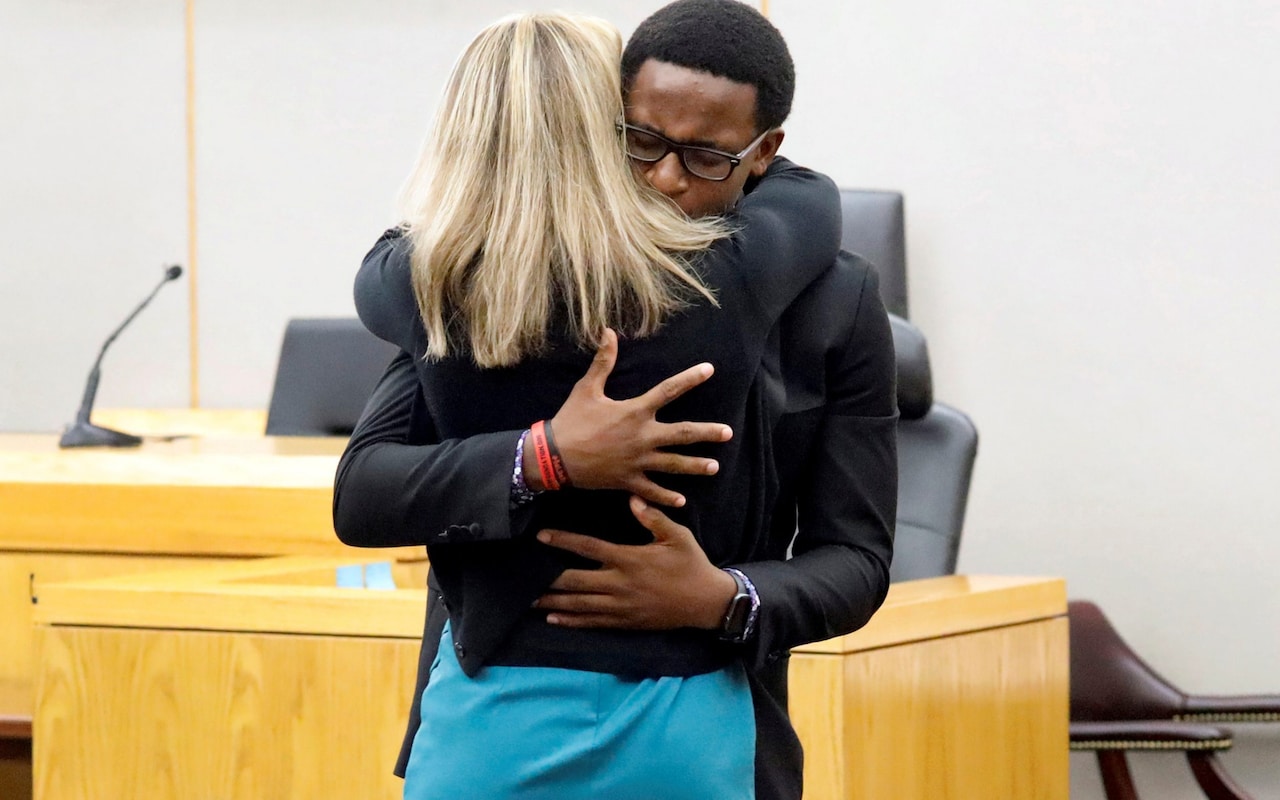 Brandt: Hugs the police officer who shot dead his brother

In an emotional speech, the younger brother of a man who was gunned down in his own apartment by a Dallas police officer said he has forgiven the shooter before hugging her in court.

Amber Guyger shot Botham Jean in 2018 when she mistook the victim’s apartment with her own as she fatally shot him in his living room.

The court hearing the case has however sentenced Guyger to a decade in prison.

Speaking at the court, Botham’s younger brother Brandt Jean with tears in his eyes told Amber that he personally do not want her to go to jail as he has forgiven her.

Brandt continued telling defenseless and hopeless Guyger to give her life to Christ.

“And the best would be give your life to Christ,” advised Brandt.

“I love you as a person. I don’t wish anything bad on you,” he said to the 31-year-old Guyger, before asking the judge, “I don’t know if this is possible, but can I give her a hug?”

Without hesitation, court granted Brandt the permission to embrace Guyger as a sign of forgiveness.

During the trial Guyger said she hates herself for taking life of an innocent person. 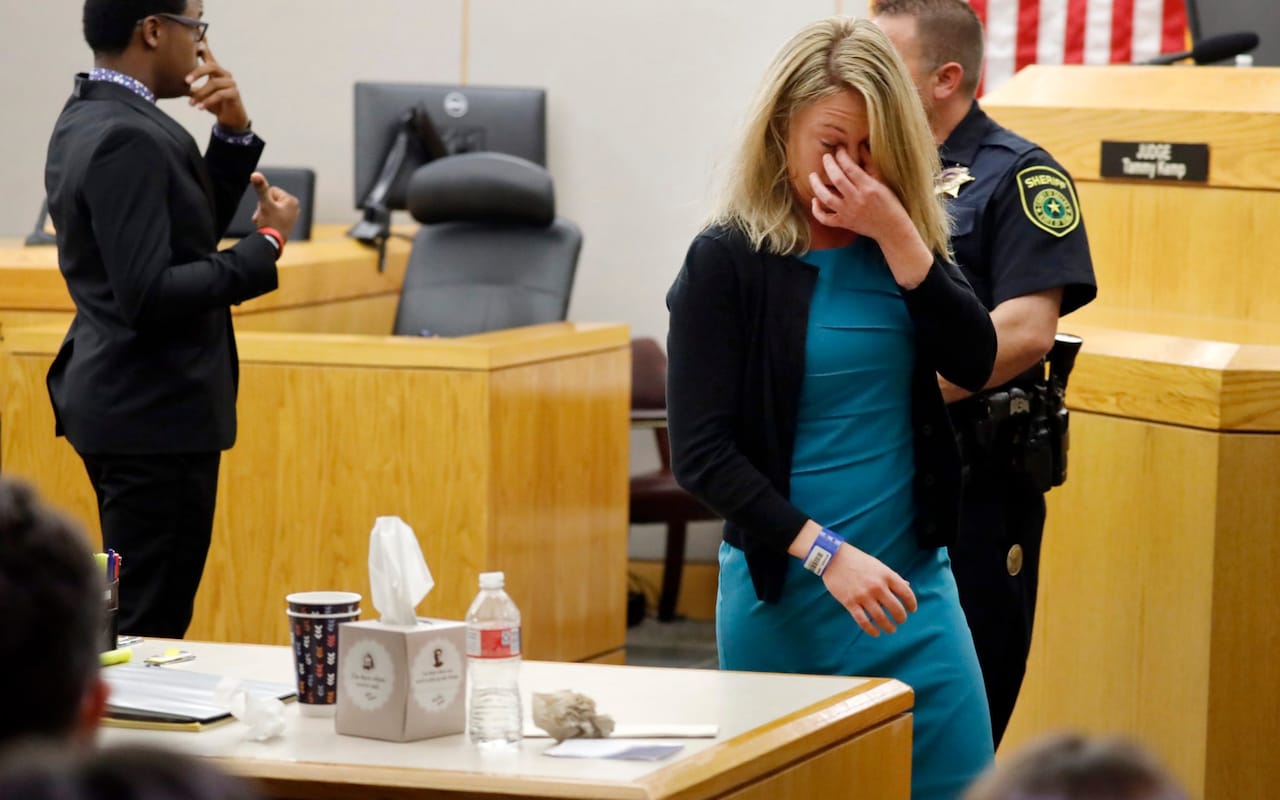 Guyger: I hate myself every single day for taking an innocent life

“I wish he was the one with the gun who had killed me,” Guyger said during her testimony Friday, referring to Jean. “I never wanted to take an innocent person’s life.”

A Nigerian young man who was reported to have...

Information sourced by this publication indicates that the Mtima...

A female nurse has gone viral after she demonstrated...
FaceofMalawiNEWS