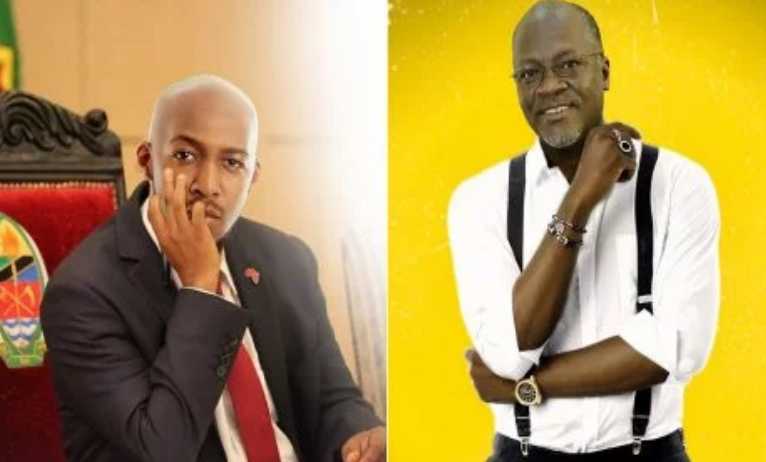 In the two photos, Sultan a photographer as well, altered the pictures by swapping the heads with the no nonsense president, as he wished him a happy birthday.

In a matter of minutes, the pictures went viral irking Dar es Salaam Regional Commissioner Paul Makonda, who ordered Sultan to report to the nearest police station for questioning over allegations of disrespecting the president.

Idris has since reported thrice to the Dar es Salaam police station and he is expected back on Monday.

On Thursday, Sultan sent his apologies to President Mafuguli insisting the photos, which he is yet to delete, were taken out of context by certain quarters who missed the joke.

“My intentions were all good. Unfortunately, they were misinterpreted. Because of that, I thought it is wise to apologise to the President himself if the photos irked him,” Sultan said.

Pressed about the questioning by the police, Idris revealed that his file has since been handed to the Director of Public Prosecutions to determine if at all he has a case to answer before he can be taken to court.

Nevertheless, the comedian already has the backing from the country’s’ Natural Resource and Tourism Minister Hamis Kigwangalla who promised to bail him out by hiring a lawyer if he will be taken to court.

Hamis insists that there was nothing wrong with what Sultan did.