Apple has unveiled its latest trick with CarKey, a new way to wirelessly unlock your car with your iPhone.

After all, a phone is never just a phone these days: it’s an alarm clock, a camera, a bank, a taxi rank, a TV screen… You name it, you can probably do it. 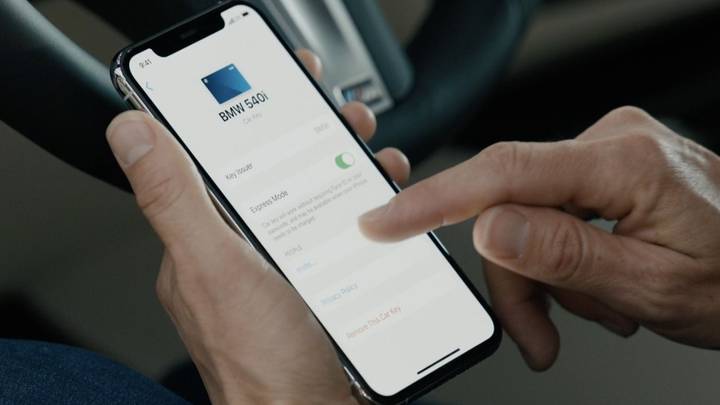 And now your device can also act as your virtual car key, with the tech giant announcing the new feature at the Worldwide Developers Conference.

Craig Federighi, Apple’s senior vice president of software engineering, said of traditional car keys: “They’ve been around for over 100 years but they’ve become big, bulky and ripe for reimagining.”

Apple said it will first roll out CarKey on the 2021 BMW 5 Series, but hopes to expand it to other car models.

Drivers will even be able to share the digital car key with friends and family through iMessage, so that others can use it as well.

Emily Schubert, Apple’s Senior Manager of Car Experience Engineering, demonstrated how a driver can simply tap the door handle of their vehicle with their iPhone or Apple Watch to unlock it.

They then place the phone or watch on the car’s charging pad, pushing the ignition button to start the car.

According to CNN, the Apple technology relies on what’s called Near Field Communication (NFC), which allows devices within a few centimeters of each other to exchange data wirelessly.

However, next year Apple plans to move onto another technology known as Ultra Wideband, which will mean people can unlock from greater distances, and that the iPhone could even remain in a driver’s pocket or bag.

The idea isn’t actually a new one; back in 2018 a group of major smartphone and automotive brands in the Car Connectivity Consortium revealed a new standardised approach to NFC-unlocking technology, with Apple, Audi, BMW, General Motors, Hyundai, LG, Panasonic, Samsung and Volkswagen all involved.

This laid the groundwork for a feature like CarKey, which will now help such technology find its way into the mainstream.