WHY IS POVERTY GETTING WORSE IN MALAWI?

The answer is leadership.  It is those entrusted to govern that are contributing to the worsening poverty situation in the country? For unknown reasons, Malawian leaders have more power than what the Constitution gives them. They behave like traditional leaders who have unlimited access to public funds. They are not accountable to anyone as most of the people are appointed beneficiaries by the same person.

In recent months, the media has unearthed strange stories about deals made by the leaders on behalf of the citizens. Let us take the example of the sale of David Whiteheads and Sons-the only textile weaving factory in Malawi. It was sold at MK70 million to Mapeto without giving the Cotton Grower’s Association any stake.  Subsequently, many Malawians lost jobs. Sadly Mapeto is not using local cotton. This has resulted in cotton farmers receiving unpredictable prices.

Instead of mobilizing  social investment drive to promote cotton farming, Mapeto has delinked the company from the local farmers. This the crime Muluzi committed against the socio-economic growth of the country. Ordinarily, Muluzi should have allotted a small percentage of shares  to the cotton farmer’s association for them to have a say in the way Mapeto runs the company. This was not done.

Another  example is that of Kayerekera Uranium mine, we are informed the deal was concluded in secrecy by government.  What is disheartening to hear is that policy makers accepted to lose K1.0Billion in taxes for diesel to gain K300million in royalties. How can a democratically elected government conclude commercial deals in secret? We now hear the report that instead of contributing to taxes, Kayerekera was given generous  tax concessions for 15yeard which do not make sense.  Instead of those in government to think of protecting the poor, they are asking the poor to sponsor the company. This is bad thinking.

Malawi has in recent years been experiencing erratic fuel shortages. The main reason is that the country has no forex. The fact is that it is the responsibility of government to provide forex. The reports suggest that forex reserves were used to finance the purchase of a presidential jet which is only used by one person. Mr Maseya from Chief Tengani in Nsanje takes the example of the Nsanje Port and ask why it was declared officially opened and no ship has docked yet?

Recently, the president has been scandalizing diplomats from traditional donor countries and yet it is the diplomats who help Malawi to receive forex in form grants and balance budget support. The fact of the matter is that accredited diplomatic agents cannot be deported like a tobacco buyer. There is a diplomatic procedure involving deployment of diplomatic notes. This shows ignorance in world politics. The problem is our own leaders.

By tradition, Malawian are superstitious. They believe in impossible things to happen. Election of leaders in Malawi is based on what prospective candidates have to say not what they have done. It is like voting for a nyau dancers whose face is masked. Let us hope that the next president will be voted for what he or she has done. There is an old adage that says; a snake cannot lay chicken eggs.  Time has come when Malawians should vote for people who have demonstrated what they claim… 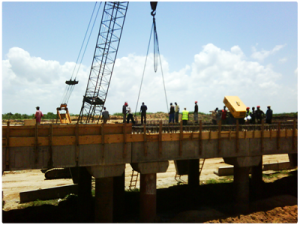 Little did Malawians know that the zero tolerance was a mere smoke screen to win confidence of cooperating partners. Now the story is different. Corruption and nepotism are the operative words. The president no longer makes reference to the terminology leaving ordinary Malawians looking as bewildered spectators of public root.

The fact is that state corporations were created to mitigate the negative impact of income taxes on citizens and also create jobs for citizens. When the capacity of state corporations are impaired by acts of corruption and nepotism what happens to their viability? Mr. Chisesa says that the employees in the state corporation are retrenched.

Recently, it has been reported by the print media that a number of houses owned by the Malawi Housing Corporation-a state corporation have been sold to senior staff, cabinet ministers and brother to the president at discounted prices without independent evaluation.