5 Tips before immigrating to either Canada or the USA 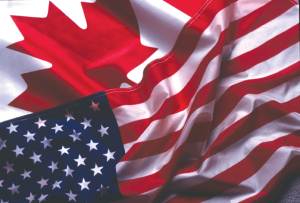 Before immigrating to either Canada or the US, an immigrant must do these five things.

1. Prove that you really want to immigrate. Even though the immigrant might be going through war and, the immigration officers are instructed to only accept those who really want to leave their country or refugee camp.
2. Pass through a medical exam. This is a must for all wanting to immigrate to the USA and Canada because these countries are only looking for those who are healthy. Those with diseases like AIDS are generally not accepted.
3. Prove that you are not a criminal. The immigrant should provide a genuine police report proving that he/she is not a criminal. There will also be several interviews with  immigration officers or government representatives in order to validate the statements written on the lengthy application form.  If there happen to be contradictions, the dossier might be rejected automatically.

4.Patiently wait. Sometimes it takes years before getting the actual visa or the Green Card. Relocating or moving might also be an indication that the immigrant to be has moved on and does not want to immigrate.

5. Hope. Without hope there will be discouragement which might make the immigration officers realise that the person is not really interested in relocating to a better place.