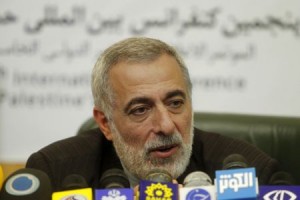 Secretary of international conference on the Palestinian Intifada Hossein Sheikholeslam says 70 countries are attending the upcoming summit in Tehran.

“The conference will consist of five committees including parliamentary, NGOs, Ulema, media as well as political parties and youth commissions,” he said.

Sheikholeslam said the new plan to create a Palestinian state was a trick, as such a state would not make Israelis withdraw from the occupied territories.

“Today, the Zionist regime is at its weakest in history. Therefore, the West including the United States and Europe are offering various plans to protect this fake regime,” he added.