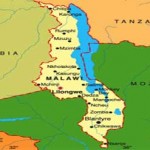 Mchinji – Malawi’s Mchinji border district has registered 137 child labour cases employed in the district’ agricultural farms since January this year, Mchinji District Commissioner Gasten Macheka has announced. Mchinji, which borders with Zambia and Mozambique in the west, is one of the districts in Malawi that grows tobacco, the country’s economic lifeline, representing 70 per cent of Malawi’s total foreign exchange earnings. 23 per cent of the country’s tax base comes from tobacco and one in every five Malawians relies substantively on income from tobacco production or employment. “The tobacco industry is the main employer in the agriculture sector whose labour is manual and easily sourced,” said Macheka pointing out that the workers are mostly engaged as tenants whereby they reside in the farms and estates with their families and children.

According to the Malawi Child Labour Report, 1.4 million children are employed in tobacco and tea estates. “Children are easily manipulated by employers for cheap labour,” said the Commissioner during the launch of the Child Labour Elimination Actions for Real Change (CLEAR), a project designed to tackle the causes of child labour in three tobacco growing districts of Mchinji, Ntchisi and Rumphi. The project will be implemented by a consortium of non-governmental organizations – Save the Children in Malawi, Creative Centre for Community Mobilistion (Creccom), YouthNet and Counselling (Yoneco) and Total Land Care – under the Malawi government blueprint, the National Action Plan for the Elimination of Child Labour (2010 – 2015). According to leader of the consortium and Save the Children in Malawi country director, Matthew Pickard, the US$8 million project is financed by ECLT Foundation “to protect children aged between 5 and 17 years old from exploitative, hazardous and worst forms of child labour in tobacco growing and 15 to 17 year olds from hazardous work. “We will create and foster inclusive processes that will lead directly to sustainable withdrawal of children from tobacco growing,” said Pickard.

He said at district and community level the project will improve access to quality education and other basic social services as well as livelihoods by improving school infrastructures, establishing complimentary basic education and skills training programmes. “CLEAR will also support families to improve their livelihoods, food security and health,” said Pickard adding, “ at the end 6, 000 children will be withdrawn from child labour, 3, 000 will be prevented from entering child labour while 500 will be protected from exposure to hazardous work.” A report on child trafficking in Malawi reveals that children are trafficked for exploitation within and outside the country through kidnapping, cooperation from family members, cohesion and because of orphanhood due to HIV and AIDS.