$350M in US good governance aid halted for Malawi 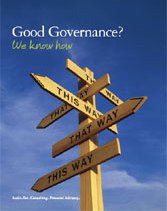 U.S. aid agency that rewards good governance has suspended $350 million worth of assistance to Malawi.

The Millennium Challenge Corp. says the investment would have provided almost $2 billion in net income for Malawi’s predominately impoverished people. But it says Malawi’s government hasn’t allowed citizens to assemble and speak freely.

The agency also criticized Malawi for inviting Sudan’s President Omar al-Bashir to a trade summit despite an international warrant for his arrest for alleged crimes against humanity.

The agency has approved $354.8 million in aid to Zambia. It praised Zambia’s commitment to democratic governance, rule of law and free and fair elections.

Police in Salima have arrested a 42-year-old woman identified...