JOYCE BANDA, southern Africa’s first female president, has shown herself to be a woman of action by purging the Malawian government of members loyal to her predecessor on her first official day in office.

Malawi’s former vice-president, who was thrust into the spotlight last week when president Bingu wa Mutharika died of a heart attack, said on Tuesday she had also entered into talks with 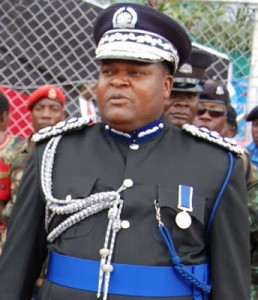 the United Kingdom and the United States to resume the $1 billion (€761 million) in donor aid packages they suspended recently.

“I have started speaking to donor partners both inside and outside the country on the economic challenges the country is facing, and I pressed them to resume relations with the country,” Ms Banda told a press conference. She added: “I assured Right Honourable Henry Bellingham [Britain’s parliamentary under secretary of state at the foreign and commonwealth office] that I am personally committed to ensuring that the government of Malawi addresses issues that negatively affected our relations.”

In a bid to consolidate her power Ms Banda sacked information minister Patricia Kaliati, who reportedly tried to stop her becoming president despite Malawi’s constitution stating that as vice-president she was next in line to take over.

Police chief Peter Mukhito, the man accused by civil society groups of being responsible for the deadly attack by police on anti-government protesters last July, was also fired. In addition, Ms Banda has promised more changes over the coming days, with many believing more Mutharika loyalists face the chop.

Ordinary Malawians have rallied around Ms Banda since she became Malawi’s president on Saturday, in the hope she can arrest the country’s recent economic decline, the blame for which has been placed squarely at the feet of Mr Mutharika and his supporters.

Mr Mutharika, who was 78 when he died, was accused by the US and UK of having authoritarian tendencies, a suggestion that prompted him to expel the British high commissioner to Malawi, Fergus Cochrane-Dyet, last year.

In response the UK, Malawi’s largest donor, expelled the Malawian envoy to London and cut direct aid. The US withheld funding worth $350 million (€267 million) after police killed 20 people in a crackdown on anti-government protests last July over food, fuel and foreign exchange shortages. Up to 40 per cent of the country’s annual budget comes from overseas donor aid, so the decision by the UK and US to withdraw support hit hard.

The daughter of a former policeman, Ms Banda first gained recognition in Malawi as a women’s rights activists.

In 2010, she fell out with Mr Mutharika and was expelled from the ruling Democratic Progressive Party after an argument about the succession, but she kept her post as vice-president. The DPP had chosen foreign minister Peter wa Mutharika, the president’s brother, as its candidate for the 2014 presidential election despite Ms Banda’s senior position.

Meanwhile, Mr Mutharika’s remains will be returned to Malawi on Saturday from South Africa, where they were taken to be embalmed after he died from heart failure, a foreign ministry official said yesterday.