Discrimination against gay and gender-diverse people has “worsened” in Africa due to homophobic laws and escalating persecution, Amnesty International has reported. 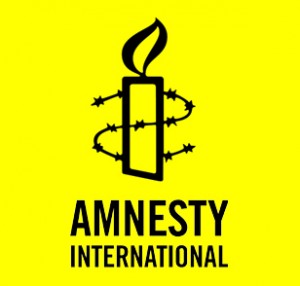 The 2012 Amnesty International Annual Report, released today, found politicians in some African nations had not only failed to protect LGBTI people from discrimination, they also incited hate towards them.

The report flagged at least eight African countries where LGBTI people still faced serious persecution based on their perceived sexuality and/or gender identity.

In Cameroon, the Government proposed to increase jail terms and fines for people found in same-sex relationships while scores were arrested and some even jailed.

In Malawi, Mauritania and Zimbabwe, men were arrested and prosecuted because of their perceived sexuality while the Malawian Government criminalised lesbian relationships.

“We recognise that that’s a breach of people’s fundamental rights to non-discrimination and then also equality before the law and the right to privacy,” he said.

“There are moves on the international level to progress the issues facing sexual and gender minorities around the world.”

In a historic motion last year, the UN Human Rights Council passed a resolution extending equal rights to everyone, regardless of sexual orientation.

“At the same time, there has been a concerted backlash against some of these moves and what we are seeing is an intensification of violence, harassment and discrimination in places like Africa, the Middle East and some parts of Europe,” Raj said.

Even in countries where homosexuality was legal, Raj said there was pressure to keep LGBTI people out of sight.

“What we are seeing is that even where the rights to privacy are recognised and there is no formal criminalisation of people in same-sex relationships, there’s also a push to limit public visibility,” he said.

Other issues highlighted in the report included hate crimes in some European countries and failed attempts to introduce anti-discrimination laws as seen in Italy.

Amnesty national director Claire Mallinson said men and women across the world had shown bravery and determination to protect and defend human rights.