The US government through its embassy in Malawi has come in to clear the myth that DPP Presidential hopeful is a citizen of the US.

Recently, there were reports in the media alleging that the PP-led government aims at stopping Mutharika contesting the 2014 polls on the grounds that he is a US citizen. Some online media even went further to allege that the DPP, scared of being barred at the last minute, had started weighing in options on who was to act as Plan B should their Party president fail and they settled for Callista Mutharika.

In an interview, however, the US embassy public affairs officer Gabriel Hons-Clivier denied that the brother to the former President is a US citizen.

Hons-Clivier said that the truth of the matter is that Mutharika is a holder of a green card which is not an American citizenship.

The confession by the American government puts to rest fears of some of the DPP supporters. However, with the cases that hang over the head of the DPP candidate, one can never be completely sure of anything between now and 2014. 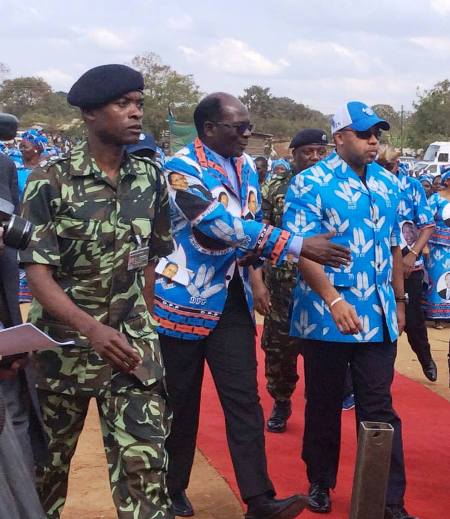