Muslims in Mangochi on Friday marched and presented a petition to the district commissioner (DC), demanding an immediate stop to the use of Muslim women as dancers at political rallies. Muslim women have been dancing at rallies conducted by President Joyce Banda, an issue that has earned the anger of some Muslims who argue that the practice is violating the tenets of Islam.

In the petition, the concerned Muslims, operating under the banner of Mangochi Islamic Movement, are also pushing for the resignation of Muslim Association of Malawi (MAM) chairperson Sheikh Idrissa Muhammad who they accuse of taking advantage of the position to advance his personal agenda. Presenting the petition, secretary of the concerned Muslims, Kassim Kasinde, said Islam is a peaceful religion whose teachings need to be respected.

Kasinde cited the dress code for women as one of the core principles of Islam that should not be tampered with. ŌĆ£The Mangochi Islamic Movement is concerned by the tendency of some political parties, particularly the PeopleŌĆÖs Party, who are taking Muslim women dressed in Islamic attire (hijab) to dance at political rallies using songs and other Islamic holy words such as Taqbeer(proclaiming greatness of Allah),ŌĆØ he said.

Kasinde said Muslim women can attend political rallies while wearing non-religious clothing and avoid using Islamic songs and holy words. ŌĆ£Muslims have been complaining since last year, but the practice has not stopped because PP is taking advantage of our poverty to continue using Muslim women as dancers at political rallies,ŌĆØ he said. Muhammad refused to comment on the petition, saying he was outside the country. Director of finance for Mangochi District Council, Daveson Matola, who received the petition on behalf of the DC, hailed the group for a peaceful demonstration. 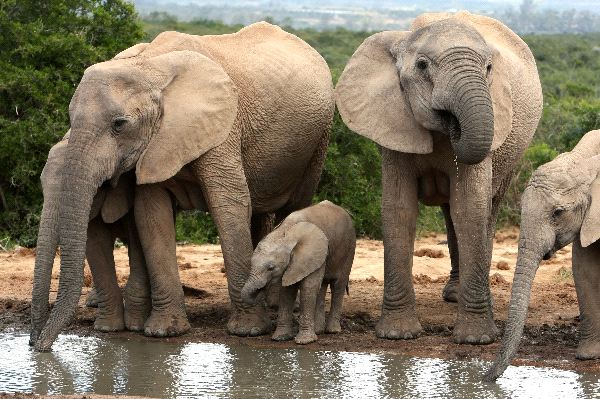 GOVT TO RELOCATE ABOUT 200 ELEPHANTS FROM LIWONDE NATIONAL PARK